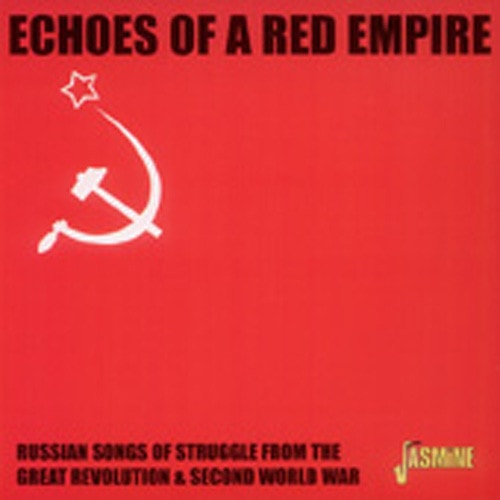 Even in the depths of the Cold War, cultural exanchges still took place between East and West. Moscow's Bolshoi Ballet was welcome everywhere, as was (and despite the name) the Red Army Ensemble. This latter was essentially a large singing and dancing group, and whilst doubtless it contained a fair shar of KGB agents, it nevertheless charmed audiences throughout the world, the United States being no exception. this unusual new JASMINE collection is a selection of studio recordings by both the Soviet Army Ensembele and the Monscow Song Ensemble. It features songs from the two periods of great upheavel in Russian life, songs typically of a rousing, tuneful and uplifting nature which explains their popularity with past American and European audiences. 19 tracks, over one hour playing time.