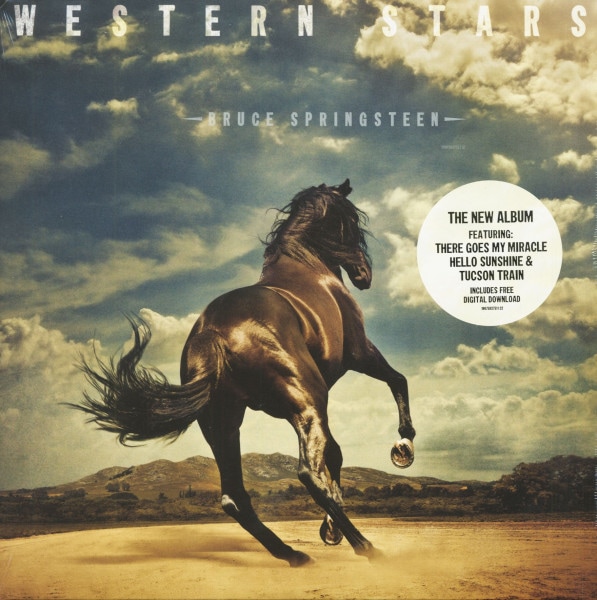 For most music fans Bruce Springsteen, born in Freehold, New Jersey on September 23, 1949 needs no introduction. His fan base began building in 1973 when his first album, 'Greetings From Asbury Park, N.J.' was released. A year later, music critic Jon Landau wrote, "I saw rock and roll's future, and its name is Bruce Springsteen." With 1975's 'Born To Run' album Springsteen achieved commercial as well as critical success. The LP would spend two years among the Top 200, rise to #3 and sell more than three million copies. To cap off '75, Springsteen appeared on the covers of both 'Time' and 'Newsweek' the week of October 27.

From his early albums on, Springsteen has focused his themes on working-class people and issues. Thus Vietnam, its soldiers and its veterans, have shown up in a number of his songs. Examples include not only the single Born In The U.S.A. (mistakenly embraced by President Ronald Reagan as a patriotic anthem) but also lesser-known album tracks such as Lost In The Flood, Youngstown, Brothers Under The Bridge and Shut Out The Light.

Galveston Bay from 'The Ghost Of Tom Joad' is another album track that received limited airplay. It is the story of a Vietnamese soldier "who fought side by side with the Americans," flees the country when Saigon fell and eventually brings his family to Texas. There he buys a shrimp boat and begins a new life on the bay. The song's lyrics address tensions between Vietnamese refugees and local fishermen in the larger context of anti-immigrant sentiment: "America for Americans." In the conflict that follows people die. Ultimately, however, there is reconciliation with the present in Galveston and perhaps with the past, the Vietnam War itself.