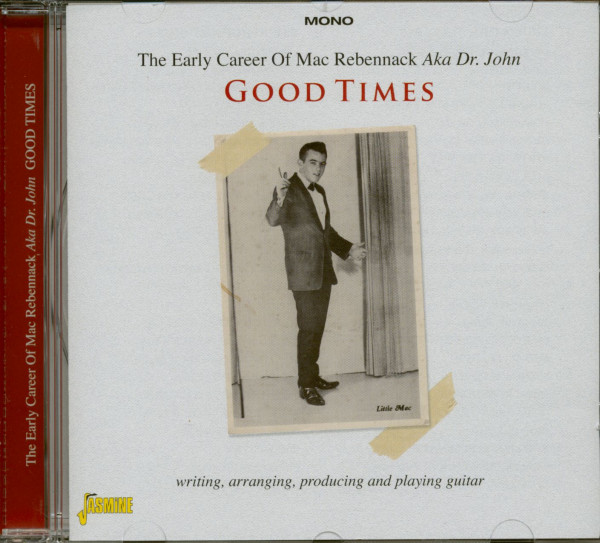 Before all the flamboyance, debatable genius and trippy-ness of Dr. 'Night Tripper' John took off in the 1970s he was simply the young Mac Rebennack. Starting in the late '50s, Rebennack gained prominence in the New Orleans R&B scene as a session keyboardist and guitarist, contributing to records by Professor Longhair, Frankie Ford and Joe Tex.

This collection is closer to 'Gumbo' than any of Dr. John's other albums featuring, as it does, many of the original 45s of New Orleans music. The first track is his co-write of 'Lights Out', which is one of the most frantic rockers of all time. If you like New Orleans R&B you can't resist this collection and if you're a Dr. John fan this is an interesting look at his early career of writing, arranging, producing and playing guitar.