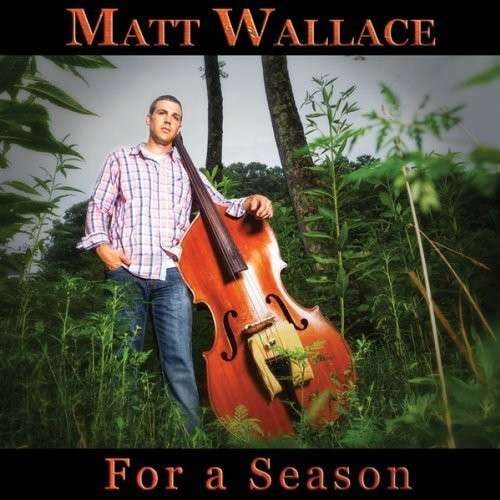 Matt Wallace: For A Season

(2014/Pinecastle) 10 tracks (28:22) Young bluegrass bass player assembles an all-star cast of friends! - Wallace is a young, up and coming musician in the bluegrass world. He is currently the bassist for Pinecastle artists Mark Newton and Steve Thomas, and is currently playing tour dates with Terry Baucom as well. He lives in his boyhood hometown of Knoxville, TN, where he started playing bass at the age of ten. After playing collegiate baseball, he began pursuing his passion for music. He has toured with some of the best in bluegrass including David Parmley and Continental Divide, Audie Blaylock and Redline, Pine Mountain Railroad, and Paul Williams and The Victory Trio. Wallace made his Grand Ole Opry debut in 2012 performing with the legendary Jesse McReynolds. When not on tour he stays in high demand as a fill-in and session bass player. On For a Season , Matt Wallace shows off not only his bass playing and vocal talents but his producing skills as well. He sings lead on five tracks and brings in a few friends for the remainder of the tracks including Jesse Gregory, Jerry Cole, Paul Brewster, and Wayne Taylor. The first single released to radio from the album, 'Old Man Winter,' has Matt Wallace as lead vocalist. Where style is concerned, Wallace sticks solidly within the bluegrass genre throughout the album while featuring Jesse Gregory on a cover of the Norah Jones/Dolly Parton hit, 'Creepin' In,' and Paul Brewster on a cover of Neil Diamond's 'Long Gone.' Writers of the remainder of the tracks are mostly from within the bluegrass community and Wallace even shows his gospel side singing the tune, 'I Want to Know More About My Lord.' Wallace represents a bright and talented future for bluegrass and he proves himself with this album not only as a performer but a producer as well.