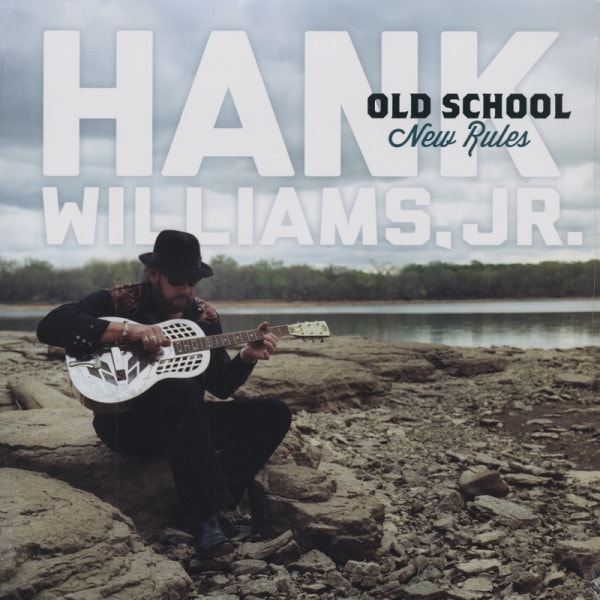 Don't Give Us A Reason

Immediately following Saddam Hussein's August, 1990 invasion of Kuwait, American songwriters found a new war to work into their music. Joey & Lisa's To Joey, Penny Gilley's Line Drawn In The Sand, and (We Hadda Stop) Insane Hussein by Teddy Manthei and Friends are but three examples of original material. In some cases songs from the Vietnam era were dusted off and re-recorded. Donna Fargo revived Soldier Boy and Bobby Vinton put out a new medley of two of his '60s hits, Mr. Lonely and Letter To A Soldier. Like Eddie Reasoner, Hank Williams, Jr. drew on Vietnam to tell listeners that this was a new time, with a new script that would lead to a winning outcome.

The sheet music for Don't Give Us A Reason has an inset photo of Williams, dressed in desert 'cams' and pointing his index finger directly at (presumably) Saddam Hussein. The sheet's background is the American flag. The song's single was on the country charts just weeks after Iraq's troops crossed the border to "take all the oil and rape Kuwait and plunder and spoil." Williams warned Saddam that Americans weren't afraid of him: "You can take that poison gas and stick it in your sassafras." The song's key line comes near the end when Hussein is warned that "the desert ain't Vietnam and there ain't nowhere to run." That warning proved prophetic in February, 1991when large numbers of tanks and other vehicles were destroyed on the 'Highway of Death.'

Hank Williams, Jr., born in Shreveport, Louisiana on May 26, 1949 is a prolific Country music artist with more than 100 hit singles and several dozen best-selling albums on his musical résumé. His awards include multiple wins as Country Music Entertainer of the Year. He is known to millions of sport fans as the performer of the theme song for 'Monday Night Football.'