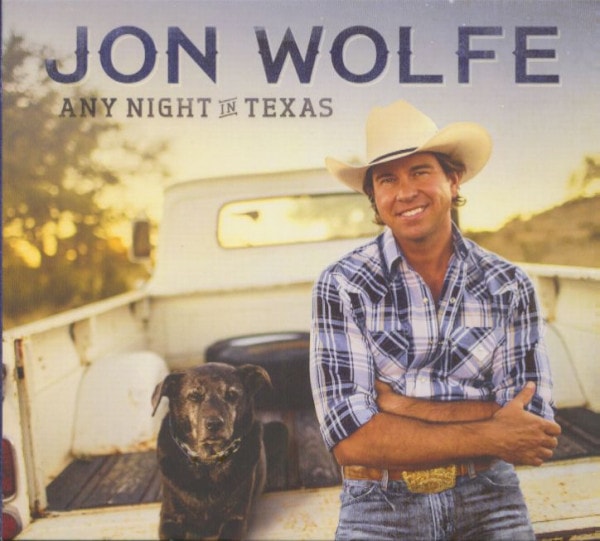 (2017/Fool Hearted) 14 tracks -Jon Wolfe's music has been burning up the Texas charts where he has garnered nine consecutive Top Ten singles, positioning Wolfe as a must-see act in the Texas touring scene. A seasoned performer, Wolfe has opened for some of Country's biggest stars. His 2010 release, It All Happened In A Honky Tonk, became such a regional success that it was re-released as a Deluxe Edition by Warner Music Nashville in 2013. The album debuted at #34 on the Billboard Album Chart and has collectively sold over 28,000 units. 2015's Natural Man, has also been loudly applauded and continues to sell and produce chart-topping singles. The 13-track collection merges Wolfe's signature traditional sound, influenced by some of Country music's greatest legends, with an edgy, modern energy. He continues to tour heavily and is gearing up for the release of the highly anticipated album, Any Night In Texas. 'This record is a summer anthem, top to bottom,' Wolfe says. Country music fans everywhere are invited to dust off your boots, pre-order the new tracks, and come see the electrifying live show that has everyone talking.