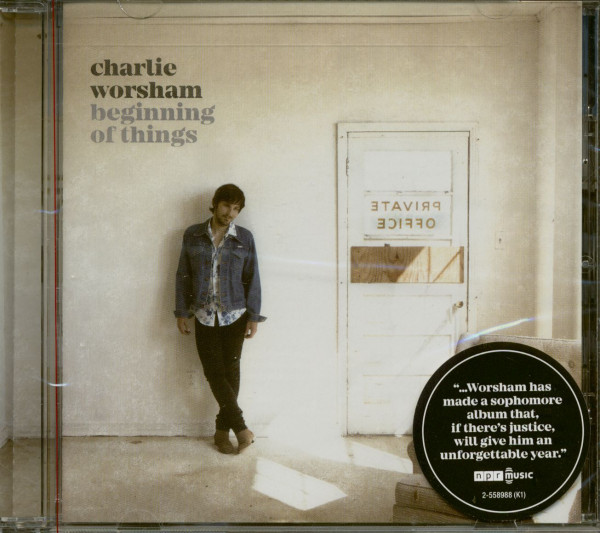 (2017/Warner Music Nashville) 13 tracks (44:58).
-
Beginning of Things is Worsham's second full-length album and follows 2013's Rubberband, which received widespread acclaim. American Songwriter calls Worsham, "the sort of triple threat artist that seems in short supply on Music Row these days. He writes well, sings well, and is a skilled and tasteful guitarist to boot," while Rolling Stone asserts, "A fleet-fingered guitarist and empathetic vocalist, his talent is reminiscent of a young Keith Urban in all the best ways." Co-produced by Frank Liddell (Miranda Lambert, Lee Ann Womack, Aubrie Sellers) and Eric Masse (Rayland Baxter, Mikky Ekko) with Arturo Buenahora, Jr. (Eric Church, Dierks Bentley) serving as the Executive Producer, Beginning of Things includes 13 new songs, nine of which Worsham co-wrote. Of the album, Worsham comments, "We had so much fun! I had fallen out of love with music, and making this record put me back in love with it on a level I hadn't felt since I was a teenager. Beginning Of Things was a challenge in surrendering control and trusting my own talent. I'm confident that these songs and these recordings capture my musical geography and personal truth, and at the end of the day, I'm convinced that is the ultimate purpose of an artist-to speak one's truth."