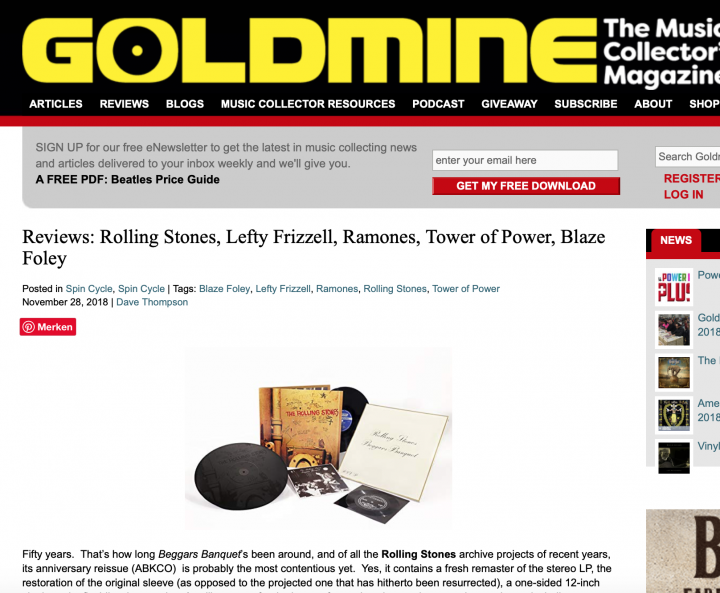 Bear Family’s penchant for behemothic box sets has always been a reissue industry standard.  Indeed, even today, with the majors bombarding us with similarly weighty, career-long round-ups (Nazareth, Judie Tzuke and Kate Bush are the latest), the Bear still stands head and shoulders above their efforts.

Rock boxes, after all, seem to focus only on past albums as-they-were-released, with a few unreleased bonuses or b-sides to sweeten the load.  Bear Family, on the other hand, offer up everything.  Every released track, every studio take, every false start… if it’s out there, they find it, and rock collectors can only gaze on enviously as their country-loving cousins unwrap… for example, Lefty Frizzell’s An Article from Life.  It’s subtitled “the complete recordings,” and you know what?  That’s an understatement.

This is not Bear Family’s first excursion into the Frizzell archive. Back in 1992, Life’s Like Poetry felt as though it was the very last word in the country legend’s story, 330 tracks (across twelve CDs) comprising every studio recording Frizzell cut for Columbia and ABC, and then some.

This time around, thirty-one further tracks have been added to the dozen discs, remastering has ironed out some historic imperfections, the accompanying hardback book is 264 pages heavy (its predecessor was just 152), and to add further heft to the project, an additional eight CDs feature a reading of David Frizzell’’s biography of his oldest brother.

In terms of content and appearance alone, then, it’s a breathtaking package, but it’s when you start playing through the discs that the true value of the box is revealed.  Frizzell’s music and legacy are both so vast that they do not need to be repeated.  But the early discs in particular are utterly astonishing, as he steps all-but fully formed from his very first recordings, the demos he recorded in 1946, and in a world that still awaited the birth of rock’n’roll, Frizzell pursued a musical agenda that could itself have ignited that explosion.

It’s astonishing, even if you know Frizzell’s work, just what a vast impact he made on the music of the era, and on the generations that followed, as well.  Arguably, Frizzell blueprinted all that country music would become and while it’s true, as the discs wander towards the late sixties and seventies, that the excitement of his early work faded, he’s scarcely the only pioneer you can say that about.

Besides, his output was scaled back, too.  Between 1968 and his death in 1975, Frizzell paid just fifteen visits to the studio, and recorded fewer than fifty songs.  At the other end of his career, he recorded almost as many in under three years.  But that statistic works to the listener’s advantage; it means the bulk of the box set is unfettered brilliance, with a disc-and-a-bit’s worth of radio recordings upping the excitement even further.

If you own the earlier box, it’s up to you whether the added tracks – mostly confined to the demos and transcriptions – and improved mastering merit another purchase.  (Spin Cycle reckons it does.)  But if you don’t… if your knowledge of Frizzell is the odd greatest hits collection, and maybe an LP or two, this is the most in-depth box set of the year.