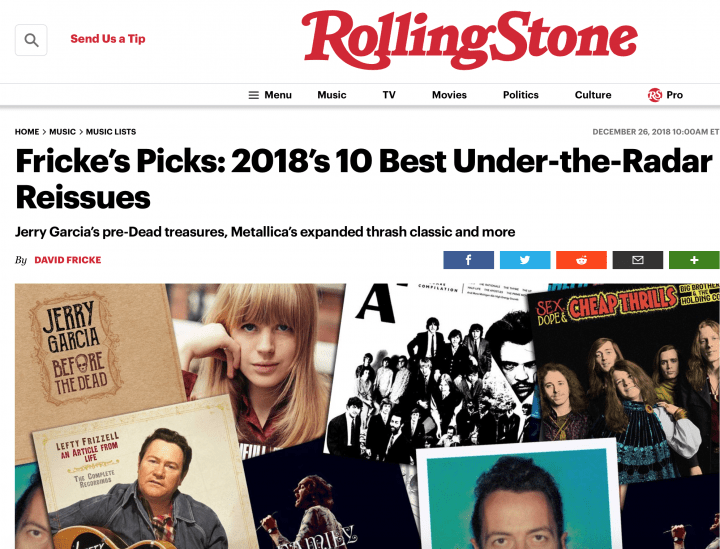 Lefty Frizzell, ‘An Article From Life: The Complete Recordings’

William Orville Frizzell was a classic country contradiction: a teenage jailbird and chronic alcoholic who wrote thoroughly believable songs of heartbreak and redemption; a massive star in the early and mid-Fifties, in the wake of Hank Williams’ passing, who endured his own version of the latter’s downward spiral, bereft of hits in the Sixties and dead of a stroke in 1975, only 47. But even in free fall, Frizzell was a pivotal influence on singers across the country-rock divide, from George Jones and Willie Nelson to John Fogerty and Levon Helm, who covered Frizzell’s bleak 1959 masterpiece “Long Black Veil” to immortal effect 10 years later on the Band’s Music From Big Pink, with Rick Danko singing lead. At 20 CDs, An Article From Life is everything from Frizzell’s tumultuous life on record including 78’s, 45’s, LP cuts, outtakes, live material and an audio documentary by his younger brother David, also a country singer. “If you’ve got the money, I’ve got the time,” Lefty sang on his 1950 breakout hit. Both are well spent here.