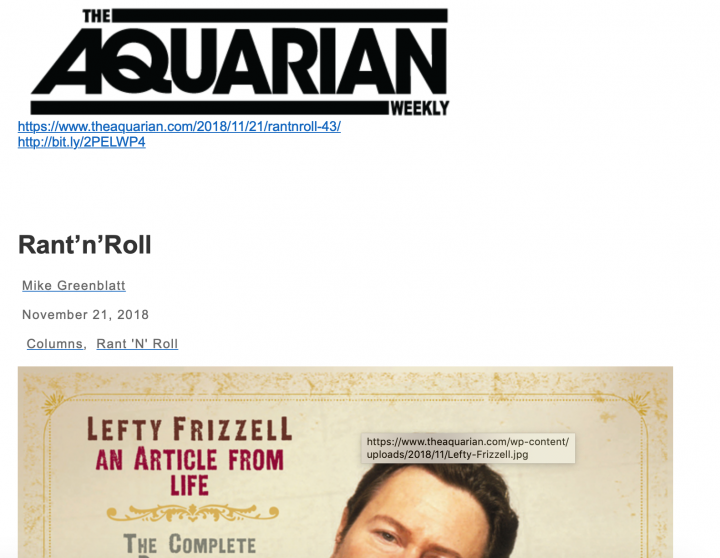 Lefty     In the annals of country music, there’s only a handful of such beloved artists that only a first name is needed:  Willie, Waylon, Dolly, Merle, Loretta, Tammy, Conway, Hank and a singer who may have influenced more than any of them:  Lefty. Lefty Frizzell, that is [1928-1975].

His vocal mannerisms were pure White Soul, his phrasing, timing and delivery practiced and copied by generations since. In the argument for greatest country singer of all-time, he now gets the Bear Family treatment. Lefty Frizzell, An Article From Life: The Complete Recordings is a big, beautiful box of 361 songs on 20 CDs with a 264-page hard-cover book. An update of their ‘92 box, this one has all the never-before-issued tracks and it comes as something of a revelation. Plus, the man had a sense of humor. He starts laughing midway through some of the songs. He wrote his first song at 19 while in jail on a trumped-up charge for having sex with a minor. Later, booze killed him at 47.