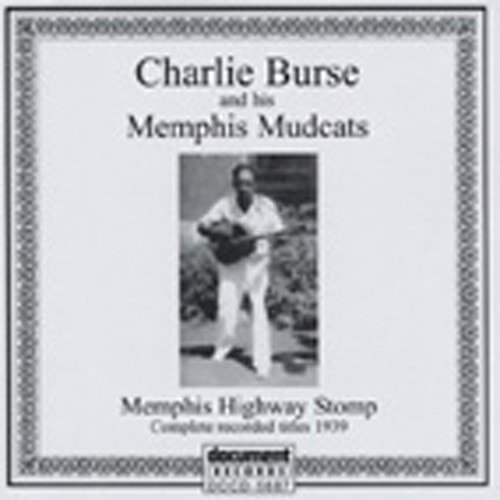 Charlie Burse was a member of the MEMPHIS JUG BAND in the late 1920s and early 1930s before he led his own band, the Memphis Mudcats. A skilled guitarist and a sprightly entertainer, Burse and his longtime partner, the harmonica player WILL SHADE, were fixtures on the Memphis blues scene until their deaths in the mid-' 60s. Burse was born and raised in Alabama where he learned to play banjo and guitar. In 1928 he relocated to Memphis, where he met Shade and joined his Memphis Jug Band. Burse toured and recorded with the band, which was one of the best and most popular of all jug bands of the late-'20s jug band craze.

He and Shade also played together in the short-lived Picanniny Jug Band in 1932 before one last recording session with the Memphis Jug Band two years later. In 1939 Burse put together his own band, the Memphis Mudcats, without Shade. Possessing a more modern sound than the traditional jug band—a bass replaced the jug and a saxophone replaced the harmonica—the Mudcats, whose steady members remain unknown, recorded for the Vocalion label.

The group did not last long, however, and soon Burse was back performing with Shade. The two bluesmen continued to work Memphis house parties and street corners for nearly a quarter century. They also recorded for Folkways in the mid-1950s. Burse died in 1965.