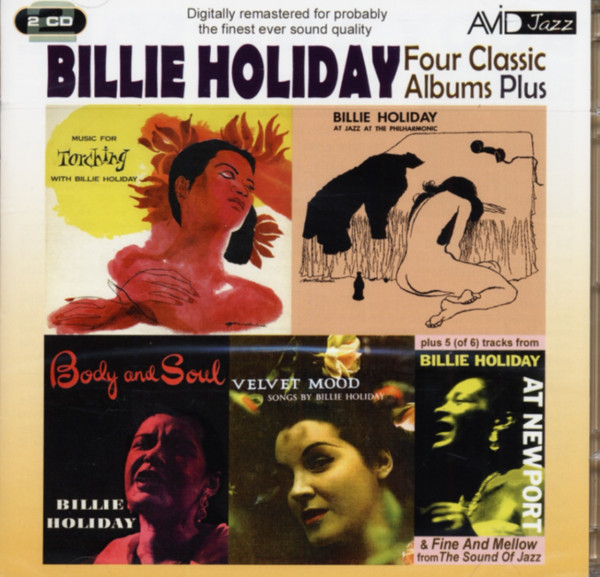 The four classic albums of the title are 'Body and Soul' from January 1957, 'Billie Holiday at Jazz at the Philharmonic' from 1945/6, and 'Music for Torching' and 'Velvet Mood' from August 1955, and the plus is five of the six tracks from 'Billie Holiday at Newport' (July 1957) and 'Fine and Mellow' from 'The Sound of Jazz'. To nitpick for a moment, I'd have preferred the last track to have been omitted in favour of the missing Newport number. These recordings come from the latter part of her career, when her addictions were beginning to take their toll, but at her best she still sounded head and shoulders above anyone else. Billie reprises some of her earlier hits for the Newport concert, with a trio accompaniment, and her vocal deterioration is in evidence. Norman Granz' ingenuous sleeve note notwithstanding, the JATP album was a composite from her three appearances at the Philharmonic, and displays evidence of an unsatisfactory recording balance. Fortunately the majority of the tracks are studio recordings, and offer stellar accompaniments, including Harry 'Sweets' Edison on trumpet, Benny Carter on alto sax, Jimmy Rowles on piano, and Barney Kessel on guitar. So although this is a bit of a mixed bag it still offers plenty of delights. 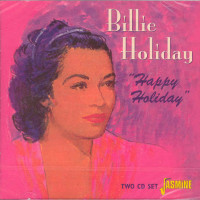 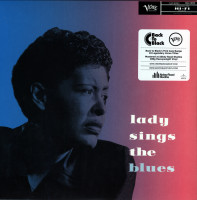 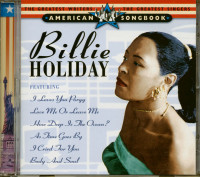 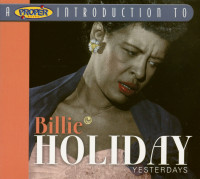