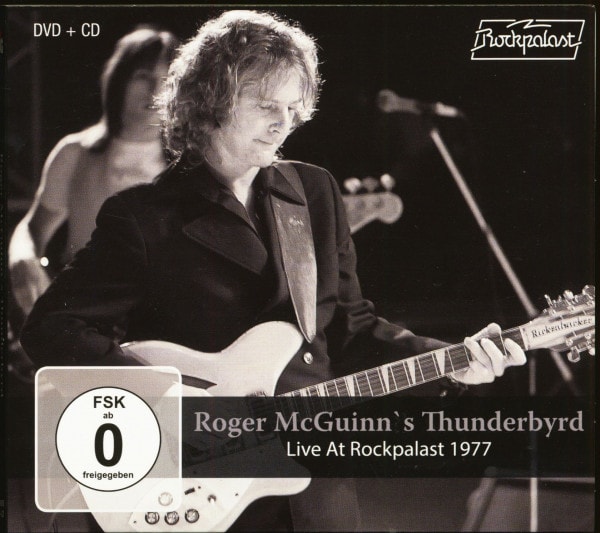 Co-founder with Gene Clark of The Byrds, James McGuinn (he later changed his name to 'Roger') was born on July 13, 1942. His proficiency on five-string banjo and six and twelve-string guitar made him a much-in-demand sessions player and back-up singer for artists such as Judy Collins, Bobby Darin, The Limeliters and The Chad Mitchell Trio.

In 1964 McGuinn began playing folk music in more of a rock style. This led to an association with like-minded artists such as Gene Clark, David Crosby, Chris Hillman and Mike Clarke, the original line-up of The Byrds. The group's initial album, 'Mr. Tambourine Man,' and Bob Dylan's electric/acoustic arrangements of his songs at the 1965 Newport Folk Festival were key events in creating a new sound to compete with the British Invasion. When the album's title track shot to #1 [Pop] in the summer of '65, folk-rock was born. Mr. Tambourine Man and the group's other #1, Turn! Turn! Turn! (To Everything There Is A Season) would both go in the Grammy Hall of Fame. The Byrds were inducted into the Rock & Roll Hall of Fame in 1991.

After the original Byrds broke up, McGuinn recruited new personnel. Hanoi Hannah is from his initial, eponymous solo LP. It's a story that became increasingly familiar as troops departed Vietnam; a Vietnamese 'girlfriend' now left on her own when her GI went home. The fact that McGuinn and Jacques Levy chose to name her after the notorious North Vietnamese radio personality/propagandist might well be because her primary profession in the song appears to have been prostitution.

McGuinn was in Bob Dylan's 'Rolling Thunder Review' in the mid-'70s and recorded a couple of albums as McGuinn, Clark & Hillman. McGuinn made a comeback in 1990 with the release of 'Back From Rio' on Arista. He continues to tour as solo artist, focusing on traditional folk music.