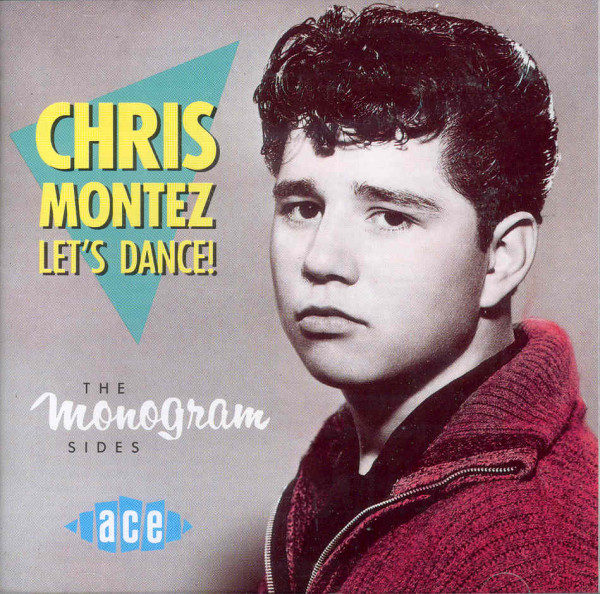 (1992/ACE) 20 tracks (46:11) with 8 page booklet.
Everybody knows 'Let's Dance'. A million seller that has charted three times in the UK, it now enjoys the kind of status that lets you know that rock'n'roll classics are the folk songs of our time. On the back of that one big success, Montez regularly tours the oldies and night club circuits of America and Europe (he was in the UK at the end of last year on a similar visit with Len Barry). This album collects together Montez's sides for the Los Angeles label. Monogram, including, of course, 'Let's Dance' and 'Some Kinda Fun' (a No.10 in the UK in 1963). Montez started out as a ballad singer and like Ritchie Valens, a fellow Hispanic-American, was influenced as much by the rancheras (Spanish folk songs) of his youth as by his peer group's rock'n'roll. "Let's Dance" featured an ace group including Jesse Sailes on drums, Ray Johnson on organ, sometime Doors' bassist Ray Pohiman and Joel Hill (later to work with Canned Heat) on guitar. Stan Ross's engineering gave the session it's distinctive sound. This collection is a mixture of ballads and big sound rockers that show Montez deserved more than the one-hit wonder tag he seems to be stuck with.