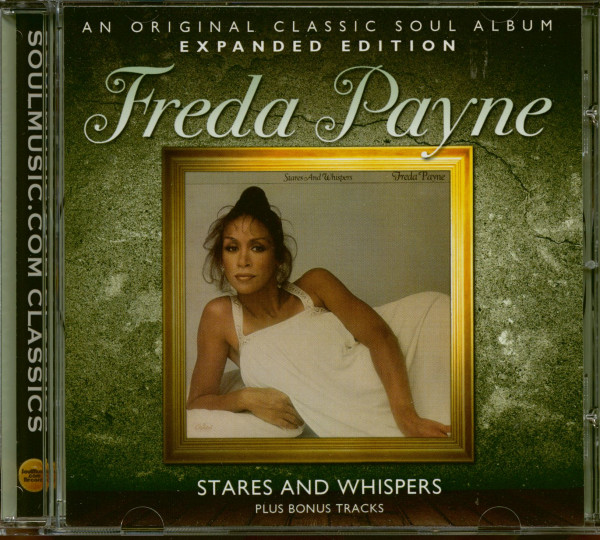 At one time, Berry Gordy had high hopes that Freda Payne would be Motown's first female star. Though Gordy did work with her prior to forming his label, he never did manage to sign the promising teenager.

Drop-dead gorgeous Freda Charcelia Payne was a Detroit native, born September 19, 1942. She cut her musical eyeteeth doing radio jingles in the Motor City. The indomitable Pearl Bailey added Freda to her touring revue when Payne was only 17. She moved to New York and signed a recording contract with ABC-Paramount, debuting with Desafinado in 1962 and encoring with Grin And Bear It the next year. The company also steered Freda onto its Impulse! jazz imprint, where she waxed her first album, 1964's 'After The Lights Go Down Low And Much More.' She worked with jazz luminaries Quincy Jones, Lionel Hampton, and Duke Ellington along the way.

MGM pacted Payne for a 1966 album, 'How Do You Say I Don't Love You Anymore,' that was arranged and conducted by jazz saxist Benny Golson. A talented actress, she understudied Leslie Uggams in the Broadway musical 'Hallelujah Baby.' But all that experience didn't add up to any hits. So when Brian Holland dropped by her Central Park West building to visit her friend, singer Tamiko Jones, Freda said hello and ended up signing with Holland-Dozier-Holland's fledgling Invictus label in Detroit. Her little sister Scherrie Payne ended up on Invictus as well as a member of The Glass House, whose Crumbs Off The Table was a '69 smash before The Unhooked Generation, Freda's debut for the label, became a mild hit at year's end.

The driving groove powering Band Of Gold, Payne's next Invictus biscuit, strongly recalled H-D-H's Motown approach. Its mysterious soap opera storyline, penned by staffers Ron Dunbar and Edythe Wayne (Freda didn't care for the song at first), captured the public's fancy to the tune of #3 pop and #20 R&B, and it went gold. Comparisons to Diana Ross ran rampant as H-D-H challenged Motown in its own Motor City backyard. Payne followed with another hit later in the year, Deeper & Deeper, and 1971 opened for her with the solid-selling Cherish What Is Dear To You (While It's Near To You).

Freda's controversial mid-'71 antiwar anthem Bring The Boys Home, produced and co-written by Greg Perry, was banned in Vietnam but sold a million copies back home. "Really, it was supposed to have been done on Laura Lee," says Edward Holland. "But I just thought it would have been better for Freda Payne." A royalty squabble between Payne and H-D-H dulled her momentum significantly after You Brought The Joy in late '71. The glamorous Payne has sung and acted ever since.

79,95 €
Kunden kauften auch
Kunden haben sich ebenfalls angesehen
Stars & Whispers (CD)
Tracklist
Payne, Freda - Stars & Whispers (CD) CD 1
01 Master Of Love
02 Love Magnet
03 Stares And Whispers
04 Feed Me Your Love
05 I Get High (On Your Memory)
06 Loving You Means So Much To Me
07 Bring Back The Joy
08 Bonus Tracks:
09 I Can't Live On A Memory
10 Baby You've Got what It Takes
11 I Wanna See You Soon
Funktionale