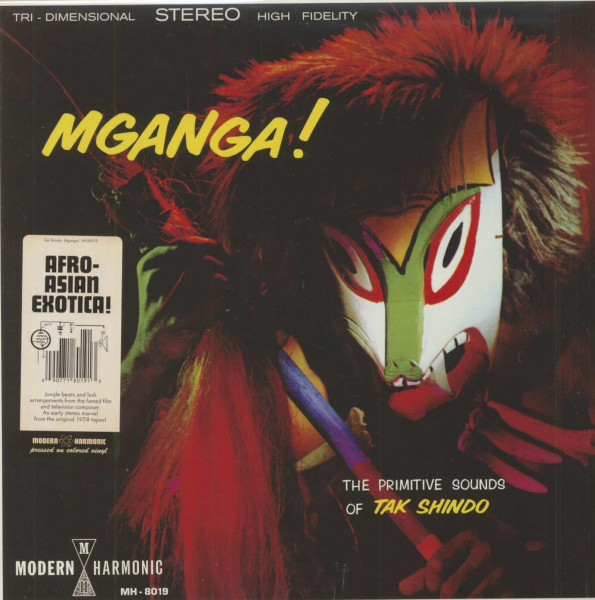 (2016/Sundazed) 12 tracks.
Afro-Asian Exotica! Jungle beats and lush rhythms from the famed film and television composer. An early stereo marvel from the original 1958 tapes! Takashi 'Tak' Shindo was one of the most prominent purveyors of that gorgeous genre known as Exotica, a magnificent and surreal style of music which took the sounds of cultures at the time unknown or mysterious and blended it into a swingy, sexy stew. As a Japanese-American, Shindo brought a unique cultural perspective to the proceedings -- he combined the sounds of his own heritage into a brilliantly orchestrated shabu-shabu that made him a highly in-demand arranger and composer (Shindo would later become known for his TV scores, including Gunsmoke). Nowadays, we'd call it 'appropriation,' but at the time Exotica knew no such boundaries -- anybody's culture and sound was fair game, often leading to unusual and thrilling combinations of sound. Mganga! is Shindo's exploration of African sounds -- it's obvious that his knowledge of African and afro-Cuban musical forms was based not only on a knowledge of traditional native music but also from soundtracks and "fantasy" versions of music from the African diaspora. Drums and congas abound, as do guttural chants and thrilling Cuban rhythms (and the ever-present exotica sound effects!). But Shindo's own love of Japanese sounds crop up here and there too -- listen for Japanese scales and traditional instruments such as the koto. Modern Harmonic presents the thrilling Mganga! the way it was meant to be heard -- thrillingly mastered from the master tapes, pressed onto gorgeous colored vinyl and wrapped in restored packaging that reproduces the groundbreaking neo-tribal graphics. Pour yourself an exotic cocktail, turn the lights down low and let Tak Shindo take you to his own crazy, sexy version of Africa 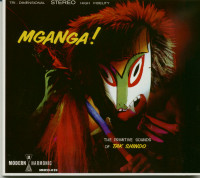