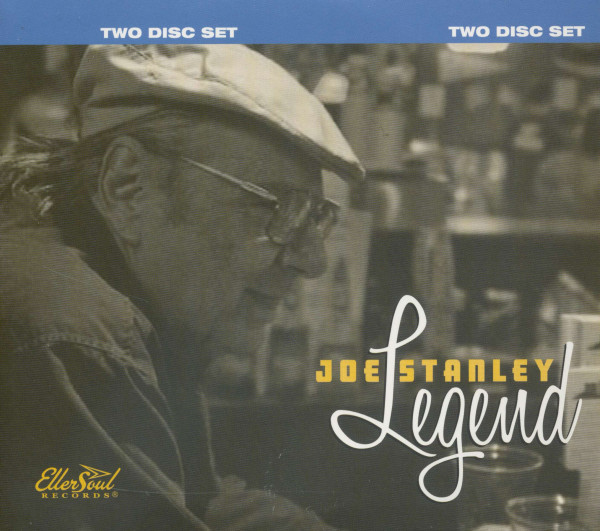 (EllerSoul Records) 24 tracks
Joe Stanley “Legend” is one label we might apply to Joe Stanley. Others might include mentor, inspiration, trailblazer. Stanley was an integral part of the dynamic Washington D C music scene for more than five decades. His swooping, growling tone combined the dexterity of Plas Johnson and Sil Austin with the raw, emotive wail of Earl Bostic and Red Allen. Joe could hold his own with any of them right up until his passing on January 7, 2007. He kept that muscular, honking sax tradition alive throughout his career. Upon first hearing him in the 1980s, Big Joe Ivlaher likened it to entering a time machine and hearing the best R&B sax men of the 1940s and 50s. Stanley began playing with the D.C. area's premier club band, “The Saxtons,” (AKA “The Saxons”) as a teenager.
The band dominated the local pop music club scene. (He kept the band alive in one form or another for more than 30 years.) Joe went on to work with luminaries including Link Wray, Charlie Daniels, Roy Clark, Big Joe Turner, Bill Black's Combo and a then-unknown D.C. talent named Marvin Gaye. Stanley was the first to bring the young, future guitar legend Danny Gatton to the stage, gave D.C. music stalwart Billy Hancock his start in music. He was an inexhaustible source of incredible stories culled from an astonishing career. There was always something to learn from - and about Joe Stanley. Let this special edition tribute continue the education.