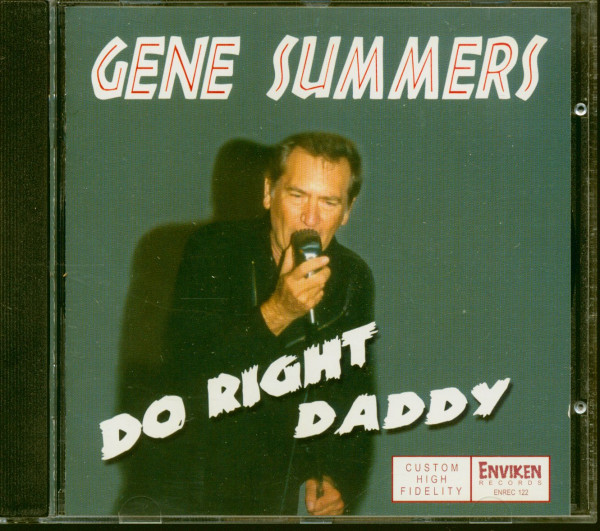 Gene Summers is a true Rock & Roll legend since his recordings of tracks like 'School Of R&Roll', 'Alabama Shake' & 'Nervous' some 40 years ago. We cut 11 tracks here in Enviken in 2002 with him & this cat still has a fantastic voice, it's hard to belive that he is a day older than 30! From pure Rock & Roll to primitive Rockabilly. Gene is backed by members from other Enviken bands like: Sonny Rogers & The Kingpins, Riley McOwen & The Sleazy Rustic Boys & Red Roosters. Another legend is also featrured on this album: Joey d'Ambrosio from The Comets plays the sax on two of the tracks. On top of that Gene Summers has supplied us with four tracks of which one of them is an instrumental track recorded at the same session as 'Nervous' in 1958, to wich he added vocals a few years ago. This is a Rock & Roll legend that still got IT!
(2004/ENVIKEN) 24 tracks - Rock & Roll Highlight ! Last copies.