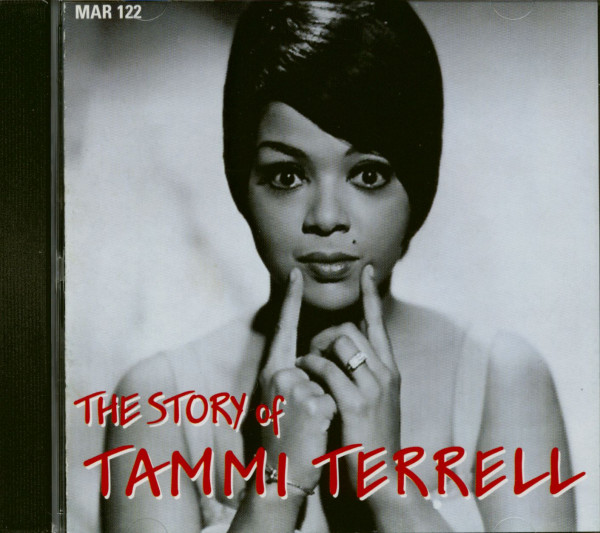 "On 'Your Precious Love,' we had the opportunity to do the background–-Marvin and Harvey and myself and Tammi," said their late co-producer, Johnny Bristol. "We called ourselves 'the Riff Brothers Plus One.' Tammi was the 'Plus One.' But we had fun in the studio doing those things. There was a lot of laughter, a lot of clowning around. And I think the joy from the personalities, and the energy–-it was a very relaxed arrangement."

Nick and Val were granted the honor of producing Marvin and Tammi's first smash of 1968, the luscious Ain't Nothing Like The Real Thing—though in a typical Hitsville development, Berry Gordy gave them competition. "Berry put us to the test," says Nick. "There were two versions, 'cause they wanted to see if we could really do it." Nick and Val were nervous at their first session as producers but up to the challenge. "Harvey and Johnny Bristol did a version of 'Ain't Nothing Like The Real Thing,' and we did a version," says Simpson. "Quality Control picked ours, so it was great," says Ashford. Bristol and Fuqua helmed the pair's last smash that year, If I Could Build My World Around You (its flip, If This World Were Mine, also charted).

Though Marvin and Tammi radiated their usual sparks on the R&B chart-topping Ain't Nothing Like The Real Thing, which rocketed to #8 pop (it was all acting—they weren't romantically involved), storm clouds loomed on the horizon. In October of '67, Tammi collapsed in Marvin's arms during a concert at Hampden-Sydney College in Virginia. The tragic prognosis was a brain tumor. Tammi would only be able to record intermittently as cancer took its toll, though there were several more major sellers for the duo: You're All I Need To Get By and Keep On Lovin' Me Honey later in 1968, Good Lovin' Ain't Easy To Come By and What You Gave Me in '69.

It's been alleged that Simpson actually deputized for the ailing Terrell on some of her last duets with Gaye (Valerie strongly denies it). Tammi died March 16, 1970 at the tender age of 24. Gaye was so devastated that he went on hiatus from touring.