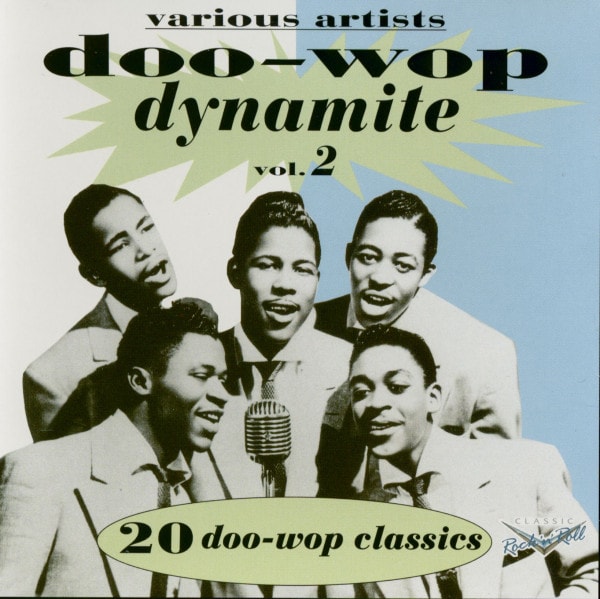 Although they came from Connecticut, rather than New York, the Five Satins are a classic example of doo wop, with lead singer Fred Parris supported by two tenors, a baritone and a bass, and one huge, indelible smash to their name. "In the Still of the Night" was a Satins hit in 1956, 1960 and 1961, as well as being successfully covered by Dion and the Belmonts and Paul Anka. The Five Satins had a handful of other hits, notably "To the Aisle", they reformed in the 70s for the movie "Let the Good Times Roll" and again for a brief chart appearance in 1982.

Equally significant contributions to the genre came from the Moonglows, Lee Andrews and the Hearts, the Flamingos and the Spaniels, and to complete the picture of a genre that managed to be both charming and exciting, the boundaries are again tweaked to admit such cuts as Jerry Butler's proto-soul classic for the Impressions, "For Your Precious Love", the Isley Brothers' "Time After Time" and the Clovers' exu-berant "Needles and Pins". These are all variations on the same idea - a few guys on a street corner trying to attract both the girls and the record companies.