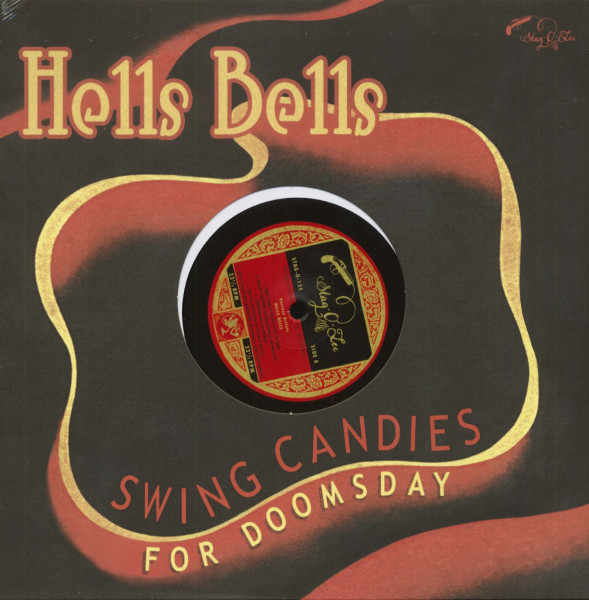 (Stag-O-Lee) 10 Tracks
It was neither a 'stormy Monday', nor 'a similar bad Tuesday', when the Retrograph got a call for doing the artwork of old pal Little Victor's `Lo-Fi Recordings' vinyl platter for Stag-O-Lee.
We came in touch and shortly after, the idea of compiling weird stuff for 'the 5th season' was born. It would have been way too easy concentrating on titles with `Ghost', 'Spook' or 'Devil' simply in the titles of often very boring and only fast or unbelievable lame tracks, so we went ahead doing something more subtle and special, spanning the decades from the 1920s through the 1940s in a very wild manner.
At last, we kicked the term 'Halloween' as it should be played the whole year through and every track is solid sending stuff for sophisticated Lindy Hop, Shag or Balboa-dancing.
It was so much fun digging through tons of old 78 rpm records, recording lots of material and listening to them over and over again, kicking out, taking in, discovering stuff that was unheard over the last years and seemed sleeping tit dawn. - Then came the artwork and we wanted to do something special here as well, so we have taken an old Vocation shellac sleeve from the 30s as a base for our own needs, trying to preserve the feel of old records from about eight decades ago.
I am sure, it is a nice anachronism in a time, where it is possible, simply pressing a button on the telephone makes you hear whatever you like, almost everything and everywhere.
I hope, there will be still lots of black holes in the world wide web in future.
The original records on this disc are from my personal collection that has grown now for about 40 years. Hence the sound cannot be perfect state of the art, but we tried our best to preserve these mighty fine tunes for the future. So enjoy and I hope, you'll love them and play them over and over and ... cry for more.