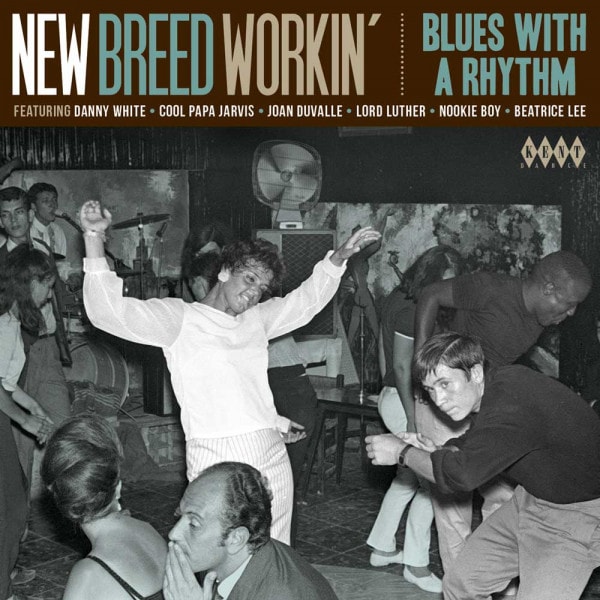 (2016/Ace) 24 tracks with 16 page booklet.
With a third of the tracks debuting here, this CD is aimed at R&B lovers looking for something new. We found a rich vein of New Orleans R&B in the AFO vaults. From that source we feature Nookie Boy’s 1962 release ‘I’ve Got A Feeling For You Baby’, Robbie Lee’s ‘Let Me Know’, which premiered on our “Gumbo Stew” CD series in the 90s, and Joan DuValle’s previously unissued ‘Lucky Girl’.

In addition to the Robbie Lee track, we have resurrected a couple of belters from earlier Ace CDs that may have been missed by New Breed fans. Lord Luther’s ‘Poor Boy’s Song’ is a great black pop number, as loved by the Popcorn scene. Of earlier vintage is Big Boy Groves & Little Margie’s ‘Yes It’s You’, another perfect track for retro-dancers.

Varetta & the Thomases, Bertha Tillman, Beatrice Lee, Billy Ray, Little Betty and the Music City Soul Brothers provide elusive 45 tracks that collector’s crave, as do Danny White with the super-groovy ‘The Twitch’, the sexy French intro of which has made it a hit in hip DJ circles around the world, and Ray Agee with a 1967 offering that features soulful traits rarely associated with the bluesman. The usually soul-oozing Ovations, on the other hand, go R&B for once with ‘What Did I Do Wrong’; tellingly, it stayed in the can until issued on CD.

Be the first kid on the block with these brand new, old sounds.