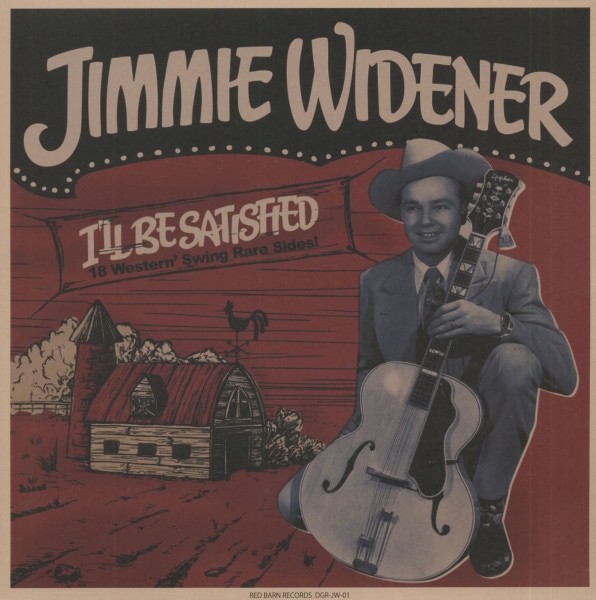 "Dear folks, this is a lifetime project. Collecting the complete Jimmie Widener discography is exemplary because some 78s sides are poor looks, like the Hercules labors, but here we are finely today. I started collecting western-swing in the late '90s and I was quite curious about that very talented artist, that had everything you need to meet success ...

Jimmie Widener always had my preference, not only as a guitar player, but also as a singer, his unique voice was so sincere, fresh and swingin' at the same time. I never really quite understood why his career ended nowhere, after three recording sessions at the King Records studio, and what sessions! The cream-of-the-crop of the hillbilly jazz was there! What happened? And why did the King Records wait to put out these 1946 recordings in the early 1950s?

We still have no clue... this young man had everything... He is probably the most obscure and undercover talent of the '40s western-swing scene. Not to mention this story of the three same Jimmie Widener is just so hard to believe. So folks, this is my tribute to the one-and-only, Jimmie Widener!"