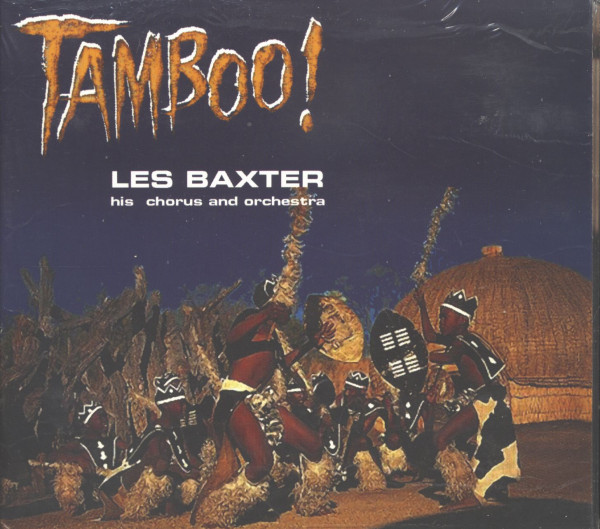 Something truly unusual comes from the late forties when the flying saucer craze started. Conductor and arranger Leslie Baxter, better known as Les Baxter, created these space sounds together with Harry Revel (also the composer) and Dr. Samuel J. Hoffman, who played the theremin. Theremin was one of the first electronic instruments, invented in 1920, and was obviously used here for the creation of science fiction sounds from outer space. It was first issued in 1947 on Capitol CC-47, a three 78rpm album set called 'Music Out Of The Moon: Music Unusual Featuring The Theremin – Themes By Harry Revel.' Capitol reissued this set in 1950 on one 10-inch 33 rpm vinyl disc as Capitol H-2000 with a different cover picture. The original issue had a risqué photograph of partially clothed actress Virginia Clark, done by Paul Garrison. A tape recording of the album tracks was made in 1969 by Hollywood producer Mickey Kapp for Neil Armstrong, who brought it on the Apollo 11 mission to the moon.
.’