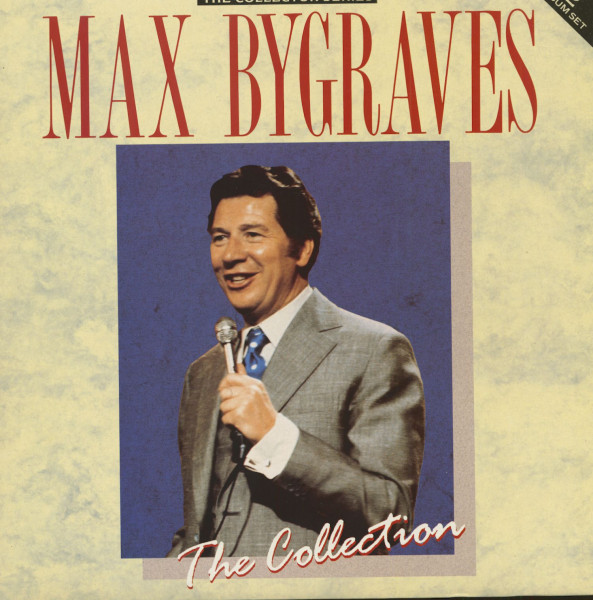 By the early 1970s Max Bygraves had been appearing in the British Record Charts since their firm publication in November 1952. The Swinging Sixties had been and gone. the Beatles were over the hill. As if he hadn't enough on his hands (you need them) his Mum was moaning at Max that 'they don't write songs like they tused to do'  and generally being a hit of a pain. Her sons subsequent recording of a series. of Singalong albums in collaboration with musical director Cyril Stapleton pleased Mum no end and helped Max to over thirty Gold Records

This set is the latest, and one of the greatest in that same style. All of the songs are from the golden era of popular music, the 1930s´ and 40s. Wartime memories are especially poignant in 1989, the 50thanniversary of the start of that conflict. Songs such as 'Don' Sit Under The Apple Tree', 'That's The Moon My Son'  and 'Boogie Woogie Bugle Boy'  made famous by the Andrew*s Sisters, 'Tangerine' and 'That Old Black Magic' still alive and well today, and reminding us of the American Swing Era with Tommy Dorsey and Glenn Miller -and British big cand connections too,swith 'Bless'em All' and 'That Lovely Weekend'.

Royalties from the latter song, written  by Ted Heath and his wife Moira in 1942, helped to finance probably the best big band ever on this side of the pond. And representing the period's many novelty numbers, there's 'Mairzy Doats And Dozy Doats' (Mare's Eat Oats And Does Eat Oats for the un-initiated), written by Al Hoffman who, I seem to remember,had a hand in another hit for Max called 'Gilly Gilly ...' something or other.

Goodness knows what Max  would think about the pop sounds of the 1980s. Anyway, she was right, they don't write songs like they used to. But here and there they do still sing them. And her son Max is leading the way.
John Martland 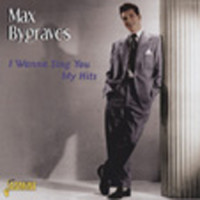 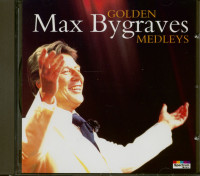 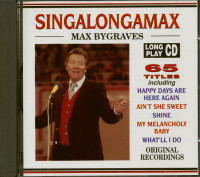 Tracklist
Bygraves, Max - The Collection (2-LP) LP 1
01 Wish Me Luck As You Wave Me Goodbye
02 We'll All Go Riding On A Rainbow - Sunny Side Up - When The Guards Are On Parade
03 Good Morning - Jingle Jangle - I've Got Sixpence -Bless'em All
04 Mairzy Doats And Dozy Oats
05 Far Away Places - You Don't Have To Tell Me (I Know) - Let Bygones Be Bygones
06 Boogie Woogie Bugle Boy
07 You Always Hurt The One You Love - Tangerine - That Old Black Magic
08 There I've Said It Again - That Lovely Weekend - Never Smile Again Until I Smile At You
09 I Don't Know Why
Bygraves, Max - The Collection (2-LP) LP 2
01 Shoe Shine Boy - We Just Couldn't Say Goodbye - The Glory Of Love
02 A You're Adorable
03 Song Of The Islands - Blue Hawaii - Harbour Lights
04 Red Sails In The Sunset
05 I Only Have Eyes For You
06 You Brought A New Kind Of Love To Me - Dream A Little Dream Of Me - Love Is The Sweetest Thing
07 That Lucky Old Sun
08 Once In A While
09 Don't Sit Under The Apple Tree - Five Minutes More - That's The Moon My Boy