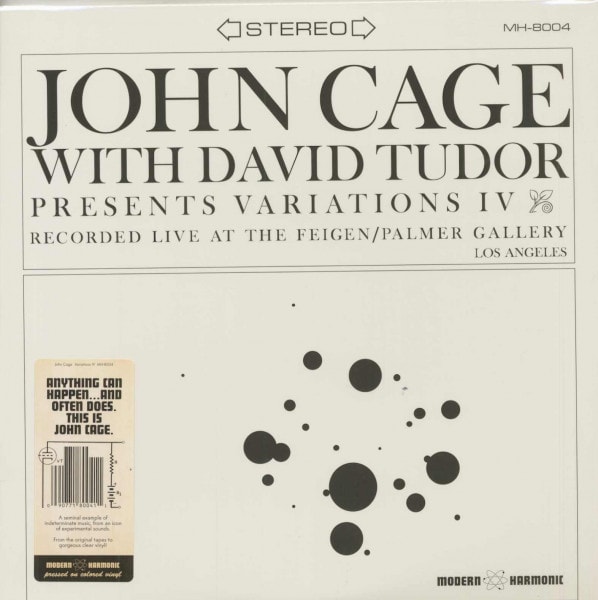 (2016/Sundazed) 5 tracks.
Anything can happen and often does. This is John Cage. A seminal example of indeterminate music from an icon on experimental sounds. It could be argued that there is no more controversial figure in music history as avant-garde electronic composer John Cage. Perhaps best known for his composition '4'33,' which consisted of Cage sitting at a piano for four-plus minutes of total silence, Cage was both loved and loathed in the 60s and 70s as a leading light in avant-garde music and as an entertainingly weird guy who used radios, televisions, live dancers and his own Adam's apple as instruments in his live performances. Cage's music blurred the line between music, performance art and visual art in a way that no other composer has before or since. Cage's performances were often wild one-of-a-kind happenings, and the shows that make up the recording of Variations IV are no different. The fourth in a series of concerts that stretched the boundaries of what music was, IV was designed for a group of performers playing literally anything they could get their hands on. They were also encouraged, if they got bored playing, to do "other activities" in addition to the music. The score consisted of two circles and seven points on a transparent sheet, to be interpreted however the performers saw fit. The end result: a wild album of music-concrete that should sound familiar to fans of the Beatles' "Revolution 9" -- no question Cage's composition influenced Lennon and Ono's experiments. Modern Harmonic brings you this gorgeous reissue of Cage's masterpiece, pressed on clear vinyl and wrapped in restored artwork that captures the unique and strange beauty of this headphone classic. 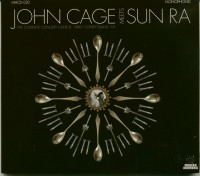 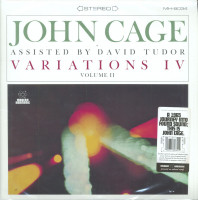 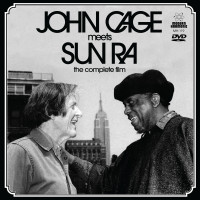