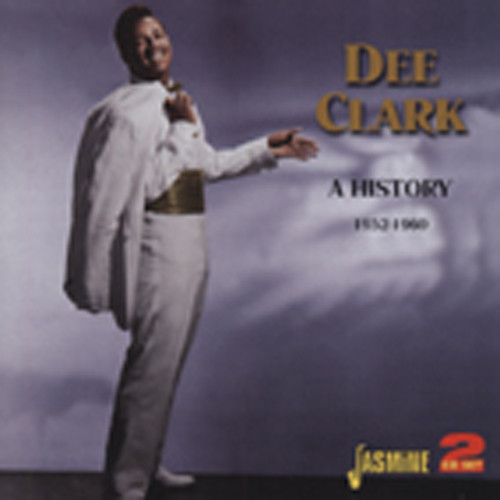 Delectus ‘Dee’ Clark was born in Blytheville, Arkansas on November 7, 1938, and raised in Chicago from the age of three. He sang gospel music before joining the Hambone Kids in 1952. As noted above, Hambone was a novelty song that used the rhythm later associated with Bo Diddley…and Johnny Otis. Dee Clark was on the 1952 recording of Hambone as one of the Hambone Kids, and reprised the beat on one of his later hits, Hey Little Girl. People thought he was copying Bo Diddley, but he had been there first.

After the Hambone Kids, Dee joined a vocal group, the Golden Tones, who came to the attention of a local dee-jay, Herb ‘Kool Gent’ Kent. They hoped Kent would manage them, but he brought them to Vee-Jay. Renamed the Kool Gents, Dee and the Golden Tones made two singles for Vee-Jay. “We hired Dee Clark to work in our stockroom,“ said Vee-Jay president Calvin Carter, “and the guys who used to work with him there would kid him when he went to rehearsal: 'Dee Clark, from stockroom to stardom....' So one day, we were rehearsing, and I heard this very clear, bell-like falsetto voice in the background, and it was Dee Clark. So I asked him, 'Why aren't you singing lead?' And I made Dee Clark the lead singer of the group.” The Kool Gents also recorded two singles as the Delegates when the Democratic National Convention was on television. “The group and I,” Clark told Robert Pruter, “weren’t getting along too well. Different things came about, and I came to the company and asked Ewart Abner and Calvin Carter if they would record me as a single. Calvin said, ‘I’m glad you asked. We’ve been wanting to do that anyway.’” Dee’s first solo single was the third single on Vee-Jay’s new Falcon subsidiary.

Over the next few singles, Dee showed an uncanny ability to sound like Clyde McPhatter and Little Richard (in fact, after Richard forsook rock ‘n’ roll 1957, Dee even took over his band, the Upsetters). “Dee went to the Apollo with the Upsetters, and there he heard the Drifters,“ Calvin Carter told Mike Callaghan. “They had a western song, and Dee took the song and changed the lyrics and made it ‘Nobody But You.'" Backing was supplied by Riley Hampton, who also arranged For Your Precious Love and had arranged Red Saunders’ recording of Hambone. But what was that western song?