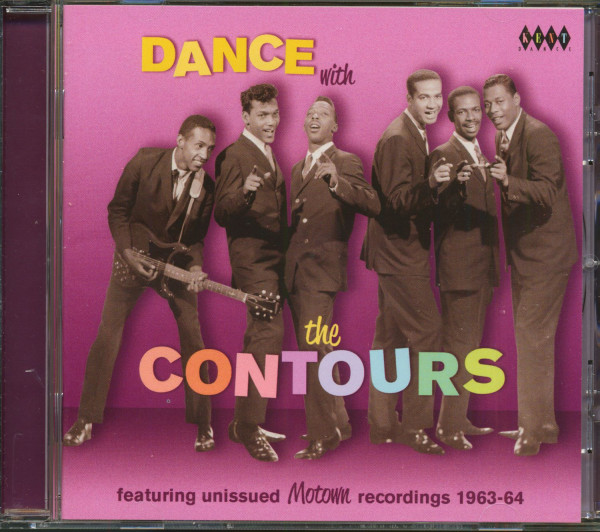 Do You Love Me

It paid to be in the right place at the right time. Just ask The Contours, whose eternal calling card, cut June 3, 1962, nearly went to another Motown group.

"We stopped by the studio, and Berry Gordy was down there," says Contours baritone Joe Billingslea. "He said, 'Where are you guys coming from?' 'We're coming from a record hop.' He kept banging on the piano, so we went up into one of the little halls and started singing. So then we came back down. He said, 'You guys seen the Tempts?' We said, 'No, we haven't seen the Tempts.' He said, 'Okay, then.' So he kept on playing the piano. So we got ready to leave, and he said, 'Come here. Can you guys do this song?' And we sung the song. He told Billy Gordon, 'I want you to put some of your preaching voice in the song!' So we done the song the way he wanted the song."

Producer Gordy had constructed the rowdy Do You Love Me around the same chords as Twist And Shout, but The Contours sounded more street than The Isleys with Gordon's gravelly lead. The fake fade at the three-quarter mark was the brainstorm of The Satintones' Sammy Mack. Just as wild was the flip, Move Mr. Man. Released before month's end on Berry's new self-named Gordy logo, Do You Love Me rocketed to the top of the R&B hit parade and #3 pop.

Gordon, Billingslea, tenors Billy Hoggs and Leroy Fair, and bass Hubert Johnson started in Detroit as The Blenders. An unsuccessful audition at Wes Higgins' Contour Records inspired a new name. "On the way out, I noticed on the door, it had 'Flick and Contour Recording Company.' That name Contour just caught my eye. So while we were walking down Woodward Avenue, I suggested that we change the name." There were other labels to try. "We went down to Motown either that same day, or a couple days later," says Joe. "We auditioned for Berry Gordy, his wife - at the time we called her Miss Ray - and Janie Bradford. Janie and Miss Ray seemed to like our songs, but Berry didn't like us." Gordy gave them a thumbs-down. "We were all distraught," Joe says. "Hubert said, 'Let's go over to my cousin's house. He's back in town.' We said, 'Who's your cousin, man?' He said, 'Jackie Wilson!'"

Since Gordy co-wrote several of Wilson's early hits, Jackie's word counted. "He called Berry. And he told Berry he had the Contours over there, and they sound pretty good," says Joe. "He said, 'Okay, you guys go back down there. Go back down there now!' So we went right back down there, sung the same songs that we had sung for Berry and Jackie, and Berry said, 'Okay, I'll give you guys a contract!'"

"All of a sudden, the door was open," says Hoggs, who co-wrote both sides of The Contours' early '61 Motown debut single Whole Lotta Woman b/w Come On And Be Mine (the latter with Billingslea). Mickey Stevenson produced their encore that summer: The Stretch was flipped with a ballad, Funny, fronted by new member Sylvester Potts. He'd replaced Fair, who couldn't cut their choreography. "We said, 'Man, you've got to learn this stuff. We're doing record hops, and we've got to put some routines!'" says Joe. "Billy Gordon went to school with Sylvester Potts."

Their Gordy encore Shake Sherry was a #21 R&B/#43 seller in early '63, and Can You Do It was a hit in the spring of '64 before personnel changes came. "We broke away," says Potts. "We had a dispute with Berry about a few things." Gordon was there for Can You Jerk Like Me and First I Look At The Purse (written by Smokey Robinson and Miracle Bobby Rogers), but he gave way to ex-Falcons lead Joe Stubbs on their pumping '66 hit Just A Little Misunderstanding. Future Temptation Dennis Edwards fronted The Contours' last hit in 1967, It's So Hard Being A Loser. Sadly, Johnson committed suicide on July 11, 1981. Thanks to the 1988 success of the 'Dirty Dancing' film soundtrack, on which Do You Love Me was prominent, Billingslea and Potts assembled a new Contours lineup and resumed touring.