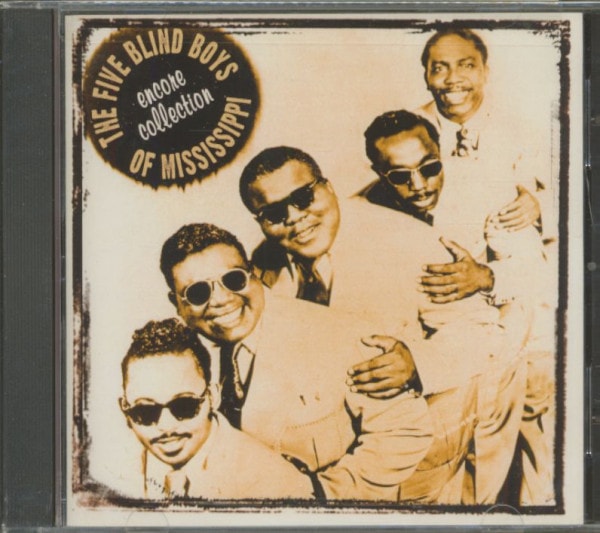 The Five Blind Boys of Mississippi

The Five Blind Boys of Mississippi was an American gospel group.
Powered by lead singer Archie Brownlee, their single "Our Father" reached the Billboard Rhythm & Blues charts in the early 1950s, one of the first gospel records to do so.

The group originated in 1936 as a quartet of students from the Piney Woods School for the blind near Jackson, Mississippi. The students — Brownlee, Joseph Ford, Lawrence Abrams, and Lloyd Woodard — originally sang under the name "the Cotton Blossom Singers", performing both jubilee quartet and secular material, to raise money for the school. Their teacher, Martha Louise Morrow Foxx, helped organize the blind singers at the behest of the school founder Laurence C. Jones. On March 9, 1937, Brownlee and the others recorded sacred tunes (as the Blind Boys) and three secular numbers (as Abraham, Woodard, and Patterson) for Library of Congress researcher Alan Lomax. After graduation in the early forties, they began performing professionally singing pop music as the Cotton Blossom Singers and religious material under the name the Jackson Harmoneers. They were often backed by a female jazz band which originated from the same country school known as "The International Sweethearts of Rhythm." In the early 40s, Melvin Henderson, also known as Melvin Hendrix, joined the group making them – like many so-called quartets – actually a quintet.

In the mid-40s, Brownlee and the others relocated to Chicago, and changed their name to the Five Blind Boys of Mississippi. Under the influence of R.H. Harris of the Soul Stirrers, Brownlee moved away from the jubilee style of singing and towards a more popular hard gospel style. Even though Harris' influence was pervasive – the Blind Boys at first covered Soul Stirrers songs almost exclusively – Brownlee's high voice, which could move from a sweet croon to a devastating scream, was one of the most recognizable in gospel. His dynamic stage presence also became legendary: though blind from birth, he would sometimes leap from a stage into the screaming audiences below .

With the addition of hard gospel shouter Rev. Percell Perkins (who replaced Henderson), the Blind Boys moved into their period of greatest fame. Perkins, who was not blind, became the group's manager, and they began to record, first for Excelsior in 1946, then for Coleman in 1948. Ford was replaced by J.T. Clinkscales, in that year, and in 1950 the group moved to Peacock Records where they recorded the hit "Our Father" at their first session.

Brownlee died of pneumonia while touring in New Orleans on February 8, 1960 at the age of 35. and not long after Perkins left as well. Brownlee was replaced by the very able lead Henry Johnson,who, like Brownlee, made devastated screams. Quartet veteran Willmer "Little Ax" Broadnax took the position of second lead. He was later replaced by Willie Mincey. Broadnax, in particular, had a high voice which was comparable, in some respects, to Brownlee's. Other singers who worked with the group for a time included Rev. Sammy Lewis, Rev. George Warren,James Watts, and Tiny Powel. By the end of the 60s, the group had released 27 singles and 5 albums for Peacock. In the 70s and early 80s they recorded some material for Jewel, and they continued to tour into the 90s. Of the three remaining members of the original group, Lloyd Woodard died in the mid-1970s, Lawrence Abrams passed on in 1982,and Henry Johnson passed in 1999. 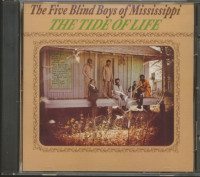 Tracklist
Five Blind Boys Of Mississippi, The - Encore Collection (CD) CD 1
01 Never Heard A Man
02 I Believe He Died For Me
03 You Ought To Been Here
04 Mother Told Me About
05 Jesus
06 I Can't Even Walk (Without You Holding My Hand)
07 I'm Just Another Soldier
08 It's Been Done
09 Where He Leads Me
10 Save A Seat For Me
11 Walk Together Children
12 Learning To Lean
13 All I'm Living For
14 Soul You Save
15 Blind Boys Prayer
16 Miracles
17 Pilot Of The Airwaves
Funktionale