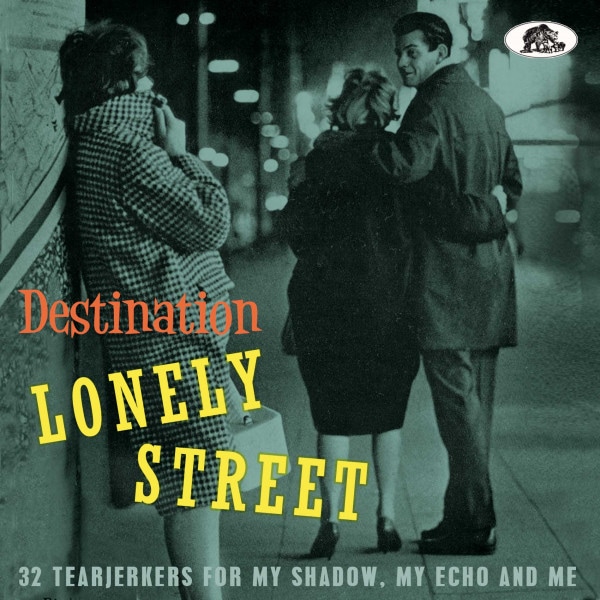 Various Artists: Destination Lonely Street - 32 Tearjerkers For My Shadow, My Echo And Me (CD)

Video von Various Artists - Destination Lonely Street - 32 Tearjerkers For My Shadow, My Echo And Me (CD)

Artikeleigenschaften vonVarious Artists: Destination Lonely Street - 32 Tearjerkers For My Shadow, My Echo And Me (CD)

Just got this magnificent Bear Family compilation! Some slightly different versions and one or 2 unissued.

There are many surprises in this ballad album and I have enjoyed it and still enjoy it very much!

There’s nothing like a depressant to really cheer you up!

There’s nothing like a depressant to really cheer you up! Bear Family continue their ‘Destination’ series with this wonderful new CD representing the lonelier side of Rock and Roll. Many, if not most, have the word ‘Lonely’ in their title; the others represent the lonelier side of life.
So, what are the highlights? Well, lots to be honest with you – Gene Vincent’s version of ‘Lonely Street, from his ’66 Challenge sessions, leads off the set and reminds you just how good he was after his Capitol tenure. Talking about his Capitol cuts, Gene’s ‘The Night Is So Lonely’ from 8 years appears too.
Don French’s ode to a dateless evening, ‘Lonely Saturday Night’ was John Peel’s favourite song, according to his wife, rather than ‘Teenage Kicks’; it’s also one of my favourites too since I first heard it in my teens. Jackie Wilson is oh so cool on ‘Lonely Life’ from ’62, while Ernie Chaffin’s ‘Lonesome For My Baby’ is one of the classic country tracks from the Sun label.
It’s often said that it was James Burton’s guitar that made the Ricky Nelson 45s so great – and while I wouldn’t disagree with a huge contribution, Ricky’s close up mic’d ‘Lonesome Town’ shows just how good a singer Ricky really was.
There’s lots more to pick from too – Melvin Endsley’s ‘I Wish I knew’, from his time at Hickory, is so good - as is Jimmy Newman’s ‘You’re Making a Fool Out Of Me’. I’m not sure if the latter has ever been released on CD before, despite being a Country Top 10 in ’58. Add some Dale Hawkins, Buster Brown and Sanford Clark to the mix and you have a heck of a CD. 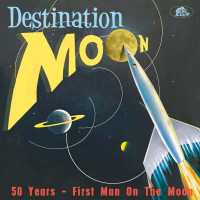 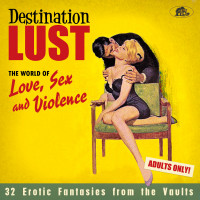 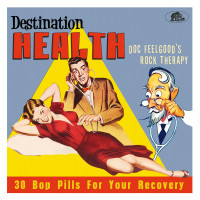