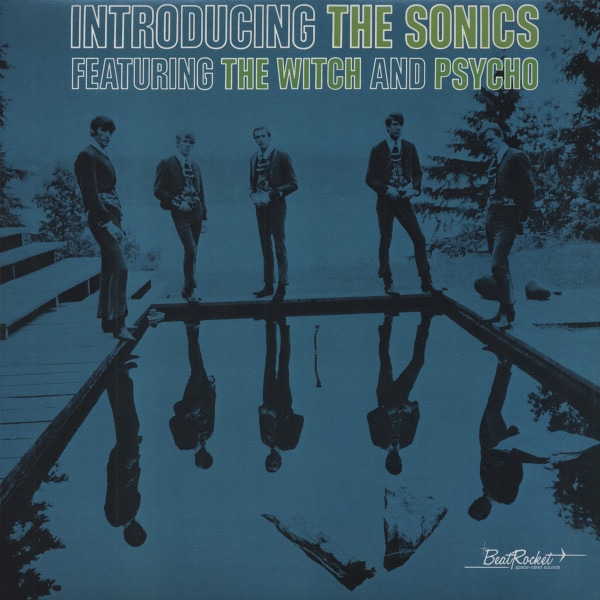 The Sonics - fronted by Gerry Roslie's banshee vocals - blow-torched the mists of Seattle in 1966 like the fiery exhaust from a jumbo-jet. With their trademark scorched-earth guitar sounds, they created a mind- numbing assortment of Sonics' classics: 'You Got Your Head On Backwards,' 'Like No Other Man,' 'Psycho,' 'The Witch' and simultaneously reinvented garage rock powerhouses like 'I'm A Man,' 'Diddy Wah Diddy' and much more.
This heavy-duty BeatRocket vinyl edition of the group's 1966 Jerden album adds 4 rare bonus cuts to the original killer disc. No one has done it this raw ever since!
Also available on compact disc!
Tracks on this release also appear on the following compilation:
Garage Beat '66 Vol. 2: Chicks Are For Kids CD

Erfahre mehr über The Sonics
The Sonics This Broken Heart Since The Kodoks, whose former tenor William Franklin and... mehr
Menü schließen
"The Sonics"

Since The Kodoks, whose former tenor William Franklin and baritone Larry Davis subsequently became two-fifths of The Sonics, hailed from Newark, New Jersey (their Oh Gee, Oh Gosh came out on Bobby Robinson's Fury label in 1958 and resides on our previous disc), it seems a relatively safe bet that The Sonics hailed from that same vicinity as well.

A group by the same name had a 1958 single on the New York-based X-Tra imprint coupling Once In A Lifetime and It Ain't True; the assumption is that it was the same quintet. Franklin wrote the delectable ballad This Broken Heart, but it was tenor Donald Sheffield who ably fronted The Sonics on the engaging platter. Sheffield also led the flip side, You Made Me Cry, another Franklin composition. The number made enough East Coast noise on Art Gottfried's Harvard Records, another tiny New York imprint, that Chicago's Checker label picked it up in April of '59 for national consumption (Sheffield's featured billing went by the boards).

It was a one-time deal for the group, which bounced from one highly obscure label - Nocturne, Amco, Armonia - to the next during the early '60s without ever attracting the interest that This Broken Heart did. 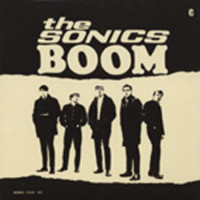 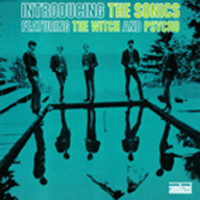