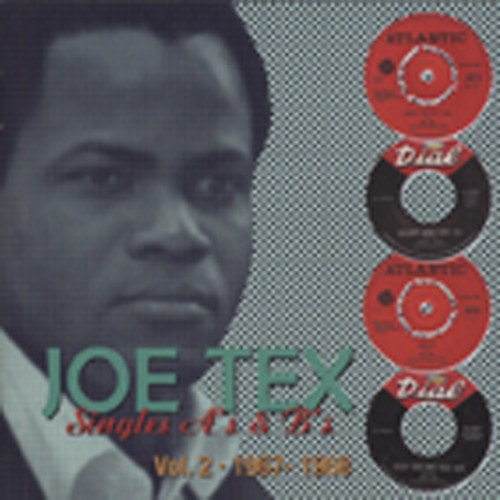 Hold What You've Got

Hold What You've Got

Nashville producer Buddy Killen was on the verge of losing dynamic soul singer Joe Tex after releasing 10 Tex 45s on his Dial label starting in 1961. "One day he called me," said the late Killen. "He said, 'Hey, man, how about letting me go? You said you would, if I wanted out of my contract.' I said, 'On one condition.' He said, 'What's that?' I said, 'Let me record the way I want to one time. Don't fight with me. Let's just do it, and if it doesn't work, then I'll turn you loose.'

"So I set up some time down at Fame Studios in Muscle Shoals, and I got some of my players that did my records here in Nashville—(guitarist) Kelso Herston and (pianist) Ronnie Wilkins. I think Joe South came over from Atlanta to work with us. And Joe (Tex) brought Clyde (Williams), the drummer, and his bass player. So we got in there and worked for seven hours on 'Fresh Out Of Tears.' It was okay. It was nothing great. Now it's three o'clock in the morning, and I said, 'Joe, what's the other little old song that you sang for me?'"  It was the wise, half-spoken ballad Hold What You've Got, which Tex wrote en route while thinking about a long-ago childhood sweetheart and his pregnant wife. He scribbled the idea down on a paper sack.

Tex's bassist, J. Alfred Cook, devised an arrangement that opened with a single chord by Herston on an acoustic axe he'd borrowed from Roger Miller. After Joe overdubbed a harmony vocal, the session ended with everyone disappointed. "On my way back to Nashville, I thought, 'I don't give up that easily.' So I immediately went to RCA Studios, and went into the editing room," said Buddy. "I started making copies of these two takes. I'd cut a little piece here, a little piece there, and I finally found one chorus that I could edit out of some other choruses and make it hold together enough to use it." Atlantic Records boss Jerry Wexler was so impressed with the results that Buddy gave him Dial's distribution. Hold What You've Got was the breakthrough Joe had searched for over the last decade, blasting up to #5 pop and #2 R&B. No one was more shocked than Tex. "He called me, and he said, 'Look here, man, you done said you were gonna let me out of my contract!'" said Killen. "I said, 'Joe, we've sold a quarter of a million records!' 'Look here, man—wha-a-a-t?'"

Born Joseph Arrington, Jr. in Rogers, Texas on August 8, 1933, Joe was raised up in the church and dug country music too. He parlayed a Houston amateur show victory into a trip to the Apollo Theatre, where he won another contest. King Records pacted him in 1955, his stage name reflecting his Lone Star home turf. Despite terrific rockers for King and Ace and a handful of 45s for Detroit's Anna Records, Tex was treading water until well after Killen came into his life. After Hold What You've Got, Joe scored a raft of Dial smashes confirming Killen's faith in him.