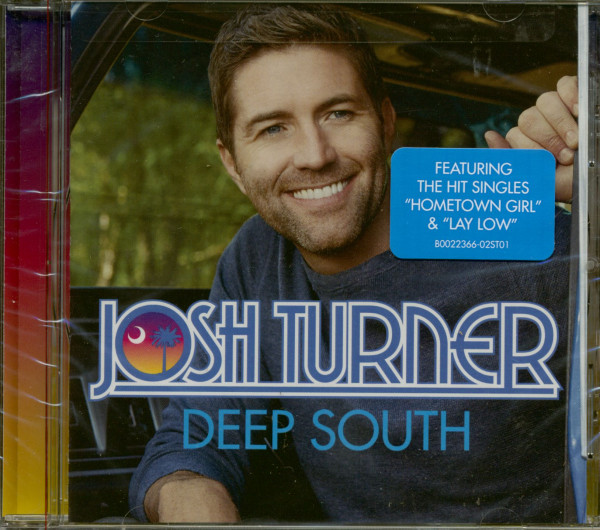 (2017/MCA Nashville) 11 tracks 2014-2017. Original US pressing - lyrics included.
-
2017 release. With his rich, deep voice and distinctive style, Josh Turner is one of country music's most recognizable and successful artists. Turner's album sales/streaming top seven million to date. Turner has received six Inspirational Country Music Awards and garnered multiple Grammy, CMA and ACM nominations, and is one of the youngest members inducted into the Grand Ole Opry.
-
Deep South features 11 tracks including his melodic reverie in "Lay Low" and his Top 20 hit, "Hometown Girl." "I'm really proud of this album," says Turner. "It was really important for me to expand creatively and explore in new ways for this record. The way I pick songs is different now. There are so many things in my life and career that have matured me as an artist." For Turner, the title Deep South "represents hardworking people who find joy in the simple things in life; heritage, church, community, high school sports, being outdoors. It is a culture."