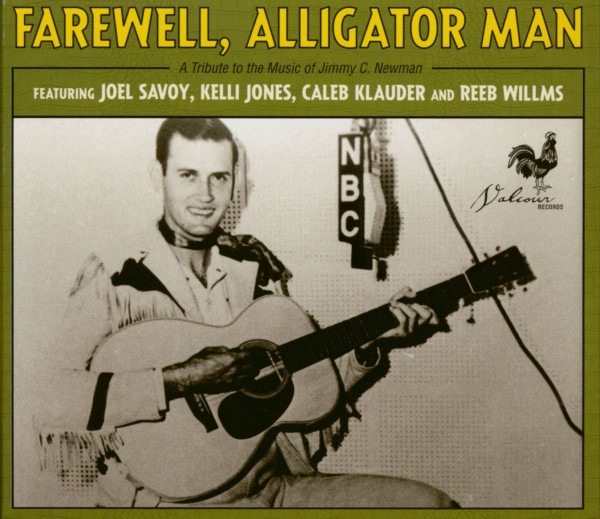 There was a time in south Louisiana that the name Jimmy C. Newman was spoken with an almost god-like reverence- a young singer from Mamou had made it to the big time and the locals could not have been more proud to tell folks that the C stood for Cajun.

Jimmy C. Newman's career endured a lifetime, performing on the Grand Ole Opry for 58 years until just before his death in 2014, but what you will hear on this record is not a slick star-studded tribute to a Nashville legend. Instead it’s a small group of friends from very different regions of the United States that discovered this music individually and built a relationship on a mutual affection for these early country songs.

We feel fortunate to have had the wonderful experience of getting to know Jimmy and sharing the stage with him a few times in the later years of his life. We are also truly honored to have Jimmy’s son Gary join us on this record playing upright bass. Listening to the original recordings of these songs, it’s hard to believe that the majority of them were considered “unsuccessful” in their time. We like to think of them as “hidden treasures” and we hope that you will feel the same Lâche pas la patate les amis!
& ,-

I DON'T KNOW WHAT I'M GOING TO DO

When the long day is over and night begins.
That's when I miss you so much
Oh, my heart is broken and I think only of you.
I don't know what I'm going to do

The stars in the sky and the sun so bright,
They know how I feel
If I had one more chance to win you back,
The world would be mine

All the days in the week,
All the weeks in the month,
And all the months in the year. I'm alone
I have no one to love me in all the land
I don't know what I'm going to do