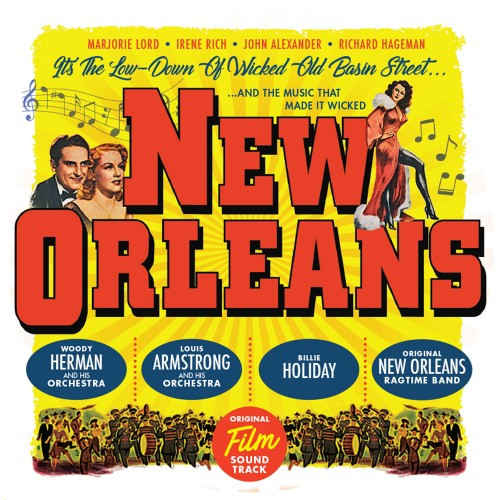 Featuring the great Louis Armstrong and Billie Holiday, New Orleans was an American musical romance released in 1947. Originally released on a Giants of Jazz LP Jasmine have now remastered the soundtrack on this wonderful 22 track CD.

A veritable Who's Who of immortal jazz greats, including Kid Ory, Zutty Singleton, Barney Bigard, Bud Scott, Charlie Beal, Meade Lux Lewis - the list goes on! Listen to timeless classics like, Flee as a Bird/When the Saints Go Marching In, Do You Know What it Means to Miss New Orleans?, Basin St Blues, Beale Street Stomp, Tiger Rag and more!

The film was sadly far from a masterpiece with the original concept of focusing on and glorifying black music turned into the light of the young white opera singer (Dorothy Patrick). Despite all its major faults this was Billie Holidays only full length film, so let us be grateful, it's still better than not having it at all.