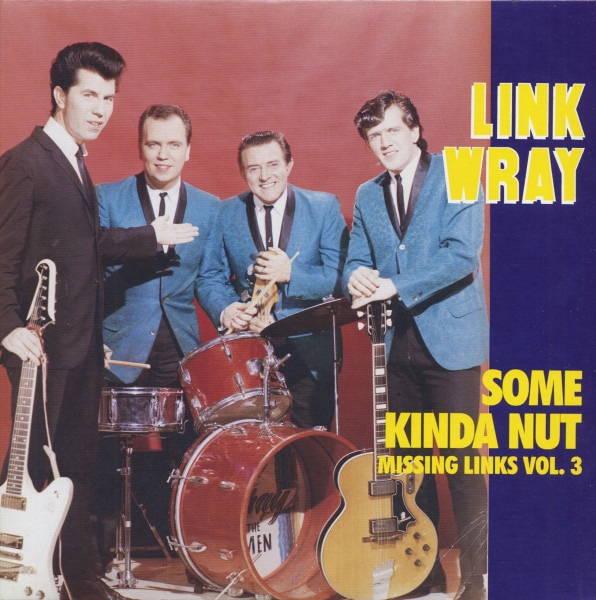 While the early 60's were primo years for Link Wray & the Raymen, the arrival of Brit combo madness
in early '64 relegated nearly alla the original rock'n'rollers to the back burner and Link and the
boys were no exception. Shame was the Raymen were actually Purdy much on top of their game at the time,
as the mid-'63 success of Jack The Ripper on Swan gave the Wrays their biggest smash since Rawhide and
led to a monstrous string of Loons. Hell, Swan came out with She Loves You within a scant few weeks of
Link's scratchin' Run Chicken Run. So there!
Nowadays geetar whiz Evan Johns who grew up on Linktoons in the DC area recalls a '64 amusement park gig
where kids were hurlin' ice cream cones stageside as the Raymen skirted their shouts for Beatle numbers.
Still, Link did lay down a few sides with a nod to the new sound. On the overt Beatles rip off Baby Doll,
the Raymen did sneaky biz as the Spiders for Lawn Records, tho Link soon came clean addin' Doll and its
chugger of a flip Run Boy Run (not to mention the looney shakeout Remember The Twist) to his
SINGS & PLAYS GUlTAR album. A raw, tuff treatment of the Fab Four's Please Please Me was seemingly Link's
only other wink at the Beatles. Until now it's only ever been ished on a British budget comp so hopefully
we'll be gittin' it some well deserved spins here.
Brother Vern became increasingly involved in his home studio cuttin' locally successful sides on Ronnie Dove,
the British Walkers and other DC noteables. Easily the coolest cat to cross Vern's path was R&B
shouter/prizefighter Dave Walker who did his howlin' as Bunker Hill was discovered by Vern playin' a raunchy
DC dive and Wray immediate took over as his manager & promoter, pushin' Bunker heavily with the Raymen as
his backup band. The combination was incredible. Hide & Seek his first waxing became a monster DC area hit
and was later featured to good effect in the John Waters flick HAIRSPRAY.
A pair of followups (featured here) were even WILDER with The Girl Can't Dance nearin' the brink of sheer insanity
what with Vern hammerin' piano, Link & the boys goin' at crack up speed and Hill screcchin' his lungs out!
Notch, the sedate folks at Mala Records were perfectly willing to part company with Mr. Hill right then 'n' there.
Too bad for us wisenheimers that he never recorded again. In addition to the studio, Vern set up his own label
Vermillion Records (Vern's Millions - git it?) and kicked it off by ishin' lots of the Wray's back catalog.
One of his more sonic offerings was Drag Strip/XKE by the Fender Benders, a '64 release that starred geetar killers
Jack Van Horn and the Linkster. Jack was a local attraction in his own right and appeared on 'n' off as the Raymen's
rhythm guitarist, even chippin' in on some of the Swan sides.
Some Kinda Nut/The Other Side Of The Moon was another Wray one shot, this time they did their orbitin' as the Moon Men.
Link slowed his dub work down by the mid-60's and concentrated on workin' the family farm.
For his final bow in the sixties, Link went out blazin'. The tracks Genocide, Earth Is Crying, Hungry and Growling Guts
were featured on the Vern ished LP entitled YESTERDAY AND TODAY which pitted a side of proven Link classics with these
equally worthy new wares. Along with the 45 Rumble '69 (which Link put together with Joe Welz), these sides stacked up
as the last link to the traditional Raymen sound.
A new era was dawning for Link in the 70's however. He began recording more rural, countrified stuff at Vern's new
3-track studio and resulting recordings for Polydor met with great critical acclaim.
By the decade's end he gained even wider exposure as Robert Gordon's right hand man and interest was vastly renewed
in his early sides. Vern, Doug and Shorty are no longer with us and Link remains in semi-retirement, but every now n'
then he straps on that six stringy and droves one n' fer all that there is indeed no compctition.
- Billy Miller in 1990 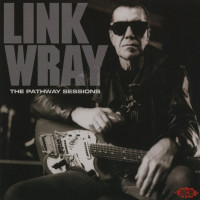 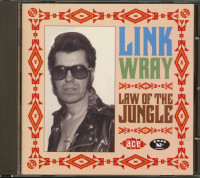 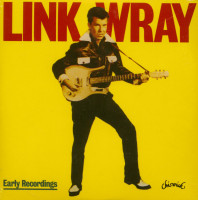 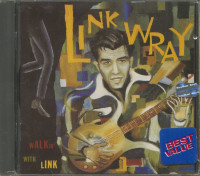