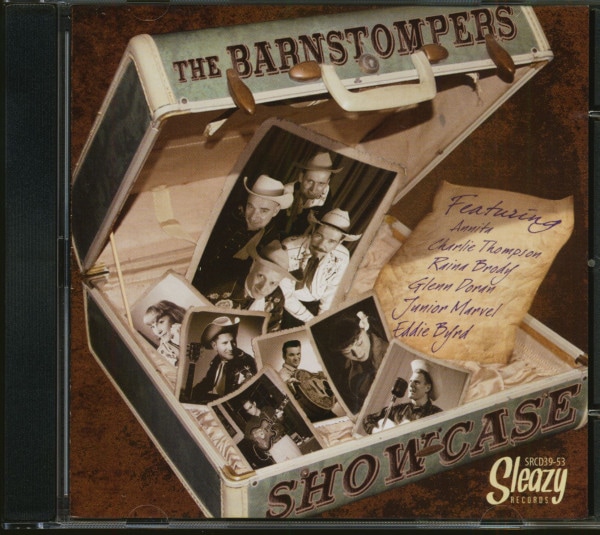 The Barnstompers have a long history on the Dutch rockabilly scene, they formed at the end of 1991, but even before that, members were active in other popular bands, like the Chessnuts and Co & The Cattle Show. The authentic music of the Barnstompers is based on the late 40s and early 50s traditional American country-boogie, western-swing and rockabilly. An excellent combination of musicianship and vocals makes them quite an exciting band. The band enjoys popularity both at home in the Netherlands and abroad. Shows in Belgium, Germany, England, France, Italy, Norway, Spain, Wales, Sweden, Switzerland and two successful Californian tours are witness to the fact that they are a much requested band in many parts of the world.

Alongside the regular Barnstompers shows they did multiple successful tours with rockabilly legends of the 50s, including Sid King & Brother Billy and Sonny Fisher. The band also enjoys a special relationship with the American band Big Sandy & The Flyrite Boys, together with whom they have made several tours throughout Europe and the US.

The band's first release was an EP on their own independant label Barn Records in 1993 (BARN 001), followed by two singles, one on the Belgian Mac Records label in 1994 (MAC 136) , and another one on the Barn label in 1996 (BARN 002). A second Barn EP (BARN 003) and two tracks on a Christmas Bop compilation were issued in 1997. Then finally, in 1999, the band released their first full length CD, again on their own Barn Records label, titled "Swingin' Western Style" (BARN CD 101). A year later, this album was also released on vinyl by Part Records in Germany.

In 2002 The Barnstompers have released their second album. Besides a number of well-picked cover songs, there are also 4 self-penned tracks on this album, which is packed with a total of 17 barn-rockers & crooners. Covered artists include Hank Penny, J.D. Miller, Little Jimmy Dickens, Lefty Frizzell, Johnny Cash and Jimmy Swan. The 4 originals "Clueless", "Two Beers", "No More Boogie" and "Make Me Mad" are very well written and recorded, and from these, the stomping rockabilly track "Clueless" is definitly my favorite. Swingbilly at its best! 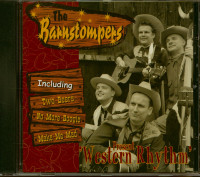