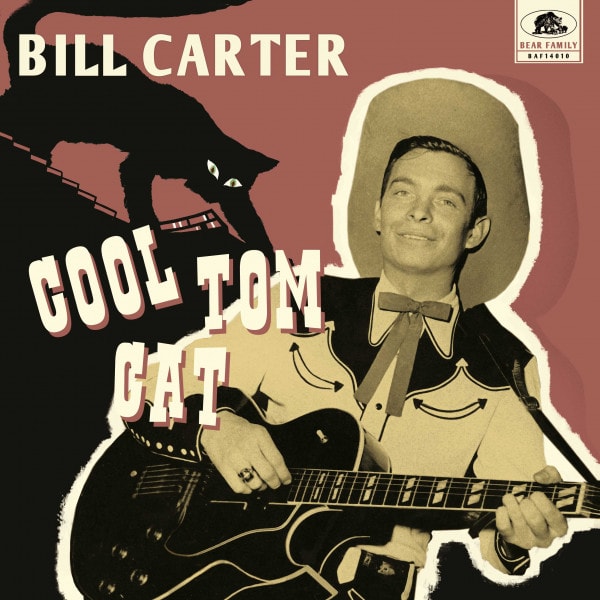 After he started recording for Lewis Talley and Fuzzy Owen's label in the mid-1950s, Cliff Crofford began lending his songwriting talents to other singers on the roster, such as the San Francisco Bay area's Bill Carter. The Crofford-penned I Wanna Feel Good  was Bill's first recording for Tally. The heavily percussive teen anthem features tastefully sparse Jordanaires-style vocal accents reminiscent of Elvis' recordings in this era. "Billy Mize and Bonnie Owens and Fuzzy Owen did the background singing," Carter remembered. "Roy Nichols played lead, and Henry Shropshire – who went by Henry Sharpe - played drums.

Henry was really good to me on that session. He really took me under his arm and encouraged me a lot." Owen and Talley were eagerly pursuing national recognition for their tiny outfit, and traveled extensively to promote their rockabilly sounds. "We took a promotional tour, Fuzzy and Louie and myself, to the South," Carter remembered, "and I sang on the Louisiana Hayride as a result of that. Buck went with us. Me and Buck sat in the backseat of the Cadillac. Buck had a spot and I had a spot, too, on the Hayride 'cause of Tally Records. That really opened up a lot of doors for me in country music." Curiously, Bill Carter never met Cliff Crofford in the 1950s, though the two struck up a friendship later in life.