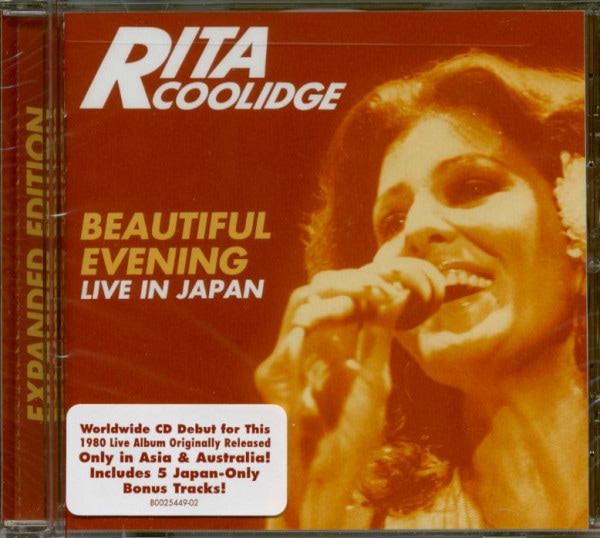 (2017/Real Gone) 16 tracks (57:58) with 12 page booklet.
-
Effortlessly blending pop, country, blues, soul, gospel, and rock, Grammy-winning Rita Coolidge is one of the great female singer-songwriters of our time, but crucial parts of her recorded legacy have remained fallow in the CD era. Beautiful Evening—Live in Japan, is an extremely rare 1980 concert album that was originally released on LP only in Japan, Hong Kong and Australia.
This record captures Rita Coolidge at the height of her powers and international popularity, with a crack band featuring Booker T. Jones, Michael Warren, Salvatore Guglielmi, Mike Utley, Richard Adelman,
Phyllis Battell and Carlena Williams. The set list is just killer, with big hits from throughout her career, like '(Your Love Has Lifted Me) Higher and Higher,' 'I’d Rather Leave While I’m in Love,' a solo version of her then-current hit duet with Glen Campbell, 'Somethin’ ‘Bout You, Baby I Like', her smash version of the Chiffons’ 'One Fine Day', 'Fever', and 'Fool That I Am'. And for an 'encore', there are five studio tracks issued on various Japanese singles and albums that have never before surfaced in the U.S.
Worldwide CD debut and first U.S. release of any kind, featuring notes by Joe Marchese with quotes from 'The Delta Lady' herself! 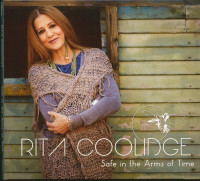