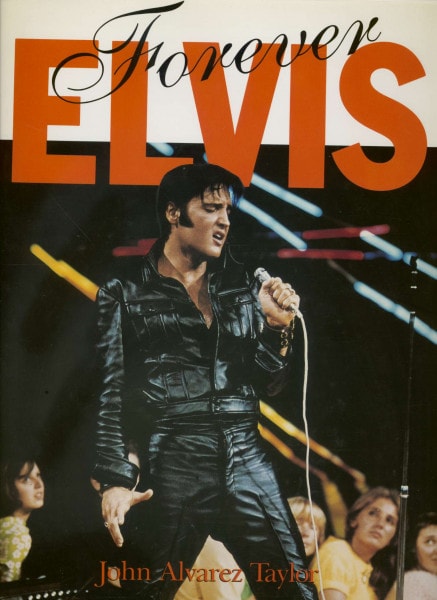 INTRODUCTION
Born on 8 January 1935, in Tupelo, Mississippi, Elvis was one of a set of twins born to Vernon Elvis Presley and Gladys Love Presley. From the very begin-ning, Elvis Aron Presley was a survivor: his brother, Jesse Garon Presley, died six hours after birth. As a boy, Elvis enjoyed singing in the East Heights Assembly of God Church. He first performed publicly while in fifth grade, singing 'Old Shep' on WELO radio, as a reward for taking second place in a talent contest. The family moved to Memphis, Tennessee, where Elvis attended OC Hume High School. While driving a truck for the Crown Electric Company, Elvis stopped by Sun Records Memphis Recording Services, where he paid four dollars to record two songs—'My Happi-ness' and That's When Your Heartache Begins.' He returned there in January 1954 to record 'Casual Love Affair' and I'll Never Stand in Your Way.' This time, Sam Phillips, the head of Sun Records, liked what he heard, and a legendary singing career began. His recordings mounted up, and he became a regional phenomenon, then a national and an inter-national phenomenon.

After television appearances on the Dorsey brothers Stage Show and the Milton Berle Show, Elvis signed a contract with Hal Wallis of Para-mount Pictures to star in three motion pictures. Elvis was to make further television appearances on the Steve Allen, Jackie Gleason and Ed Sullivan variety shows. Among his early hit songs were 'Mystery Train' (1954) and That's MI Right, Mama' (1954) (both with Sun Records); 'I Gota Woman,"Money, Honey,"Heart-break Hotel,' Lawdy Miss Clawdy,"Shake, Rattle and Roll,"Tutti Frutti' and 'Blue Suede Shoes' (all January of 1956, with RCA Records); lailhouse Rock,' All Shook Up,' Let Me Be Your Teddy Bear' and Too Much' (all 1957, with RCA); plus RCA renditions of 'All Shook Up' and 'It's Now or Never.'

There were also documentaries such as Elvis: That's the Way It Is (Metro-Goldwyn-Mayer, 1970) and Elvis on Tour (Metro-Goldwyn-Mayer, 1972), plus a number of television specials, including Aloha From Hawaii (1973). With the revival of his live performance career in 1968, Elvis again began turning out the hit records, as is discussed later in this book. When he died in 1977, Elvis Presley was 42, and yet had lived a life that would require most men several full lifetimes to live. In his worldwide community of fans, he lives on.

Facing page: Elvis Aron Presley had an impoverished childhood that was rich in his paren& love. When he died a wealthy man on 16 August 1977, the world lost one of its greatest entertainers.