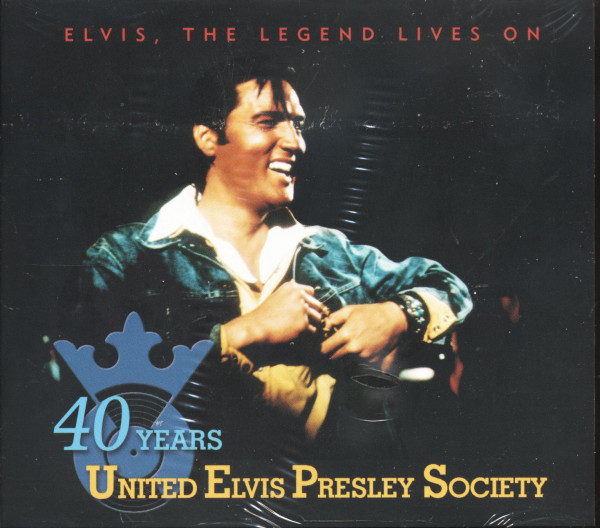 (2001/BMG-RCA) 6 Tracks - Rare Fan Club edition, BMG Belgium for United Elvis Presley Society Fan Club in Belgium. Just like its Dutch counterpart , this six-track CD also comes in a beautiful digipack package. The front of the digipack boasts a full color picture from Elvis’ 26th movie 'Stay Away , Joe'. The title of the release is printed across the top of the front cover. Across the bottom of the cover it states '40 Years United Elvis Presley Society'. The inside of the digipack again shows a gorgeous color photo of Elvis from the 1960’s. It also contains a short write up by Peter Verbruggen , the author of 'King of Belgium' , about the history of the Belgium Fan Club as well as Elvis’ popularity in that country. The Fan Club contact information is given and the acknowledgement that this CD has been especially produced to commemorate the 40th anniversary of The United Elvis Presley Society. All pictures used in this release are credited to Joe Tunzi. The rear cover has a sharp red background and portrays a smiling Elvis from the 1960’s. The six tracks and their corresponding recording data are printed on the rear cover. The RCA and BMG logos and the promotional warning are also printed. The CD itself is a gorgeous color picture disc exhibiting a totally different photo form the ones used on the digipack. The RCA and BMG logos are printed in the middle section of the disc. The promotional warning and the catalog prefix are also printed on the disc. - Text taken from elvisoncd.com -