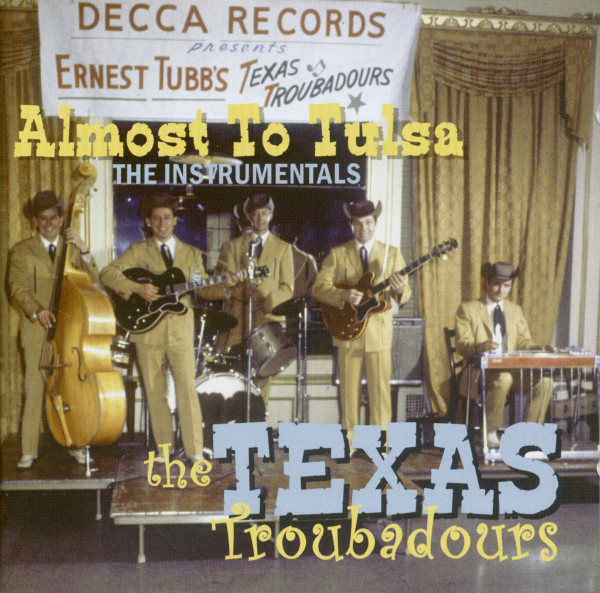 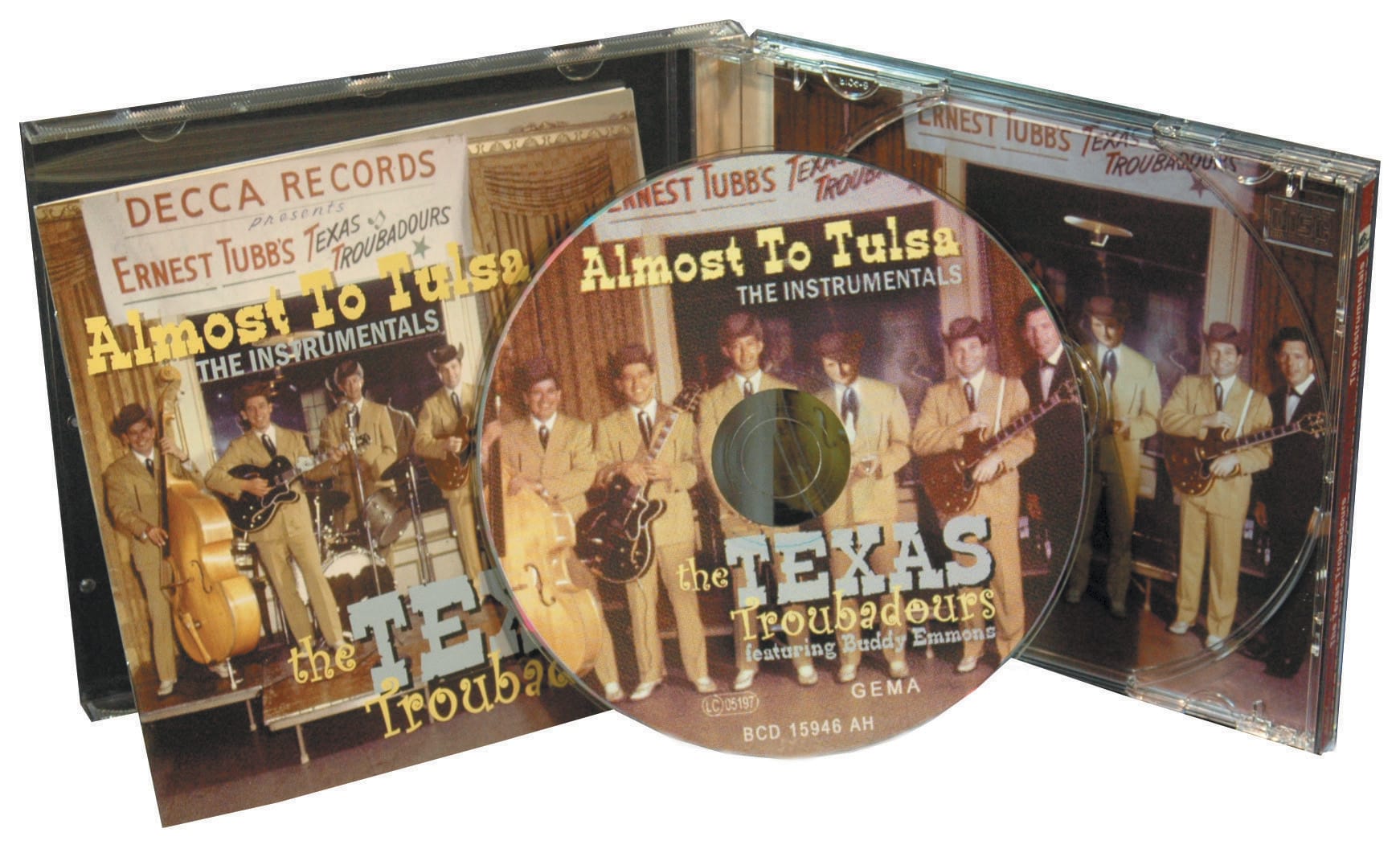 Diehard country music fans know that certain well-known singers had backing bands that achieved legendary status on their own. At the top of the heap, rabidly discussed by fans, worshipped by fellow musicians, were bands that included 'star sidemen,' or musicians that achieved fame on their own without benefit of a hit record. Ernest Tubb was well known for including 'star sidemen' in many of the various line-ups of his Texas Troubadours. Tubb had first achieved success in the 1940s and would continue touring with dozens of different line-ups of Troubadours over the next five decades before retiring from the road in 1982.

Some of the best-known Troubadours during the early years included the brothers Jimmie and Leon Short, and lead guitarists 'Butterball' Paige and Billy Byrd. Tubb's road bands varied from good to excellent, from well rehearsed to ragged, depending on the chemistry and the virtuosity of the musicians in the group. Tubb was quite like many country music stars of the era in that he insisted his bands play note-for-note from his records, and not venture out on wild improvised solos during his shows. What made him different was that outside of his showcase set, he encouraged his groups to do whatever they wanted to do during their opening warm-up sets.

Part of the reason for this was a shift in the sort of shows that Ernest Tubb was playing after rock 'n' roll decimated country music's audience in the mid-1950s. Tubb went from playing fairs and auditoriums to playing the dance hall circuit that required his band to play for several hours, keeping the dancers on the dance floor for an evening's worth of entertainment.

As a result of this shift, beginning in the late 1950s with Buddy Emmons' arrival in the group, through several incarnations of the band until the mid-1970s, the Texas Troubadours became known as one of the most adventurous, free-swinging and musically entertaining bands in the country music business. Tubb biographer Ronnie Pugh has dubbed this line-up of the Texas Troubadours as 'The Great Band,' and the recordings on this set certainly testify to this fact.

The backbone of 'The Great Band' was Jack Drake on bass, as much responsible for the music included herein as any single person. 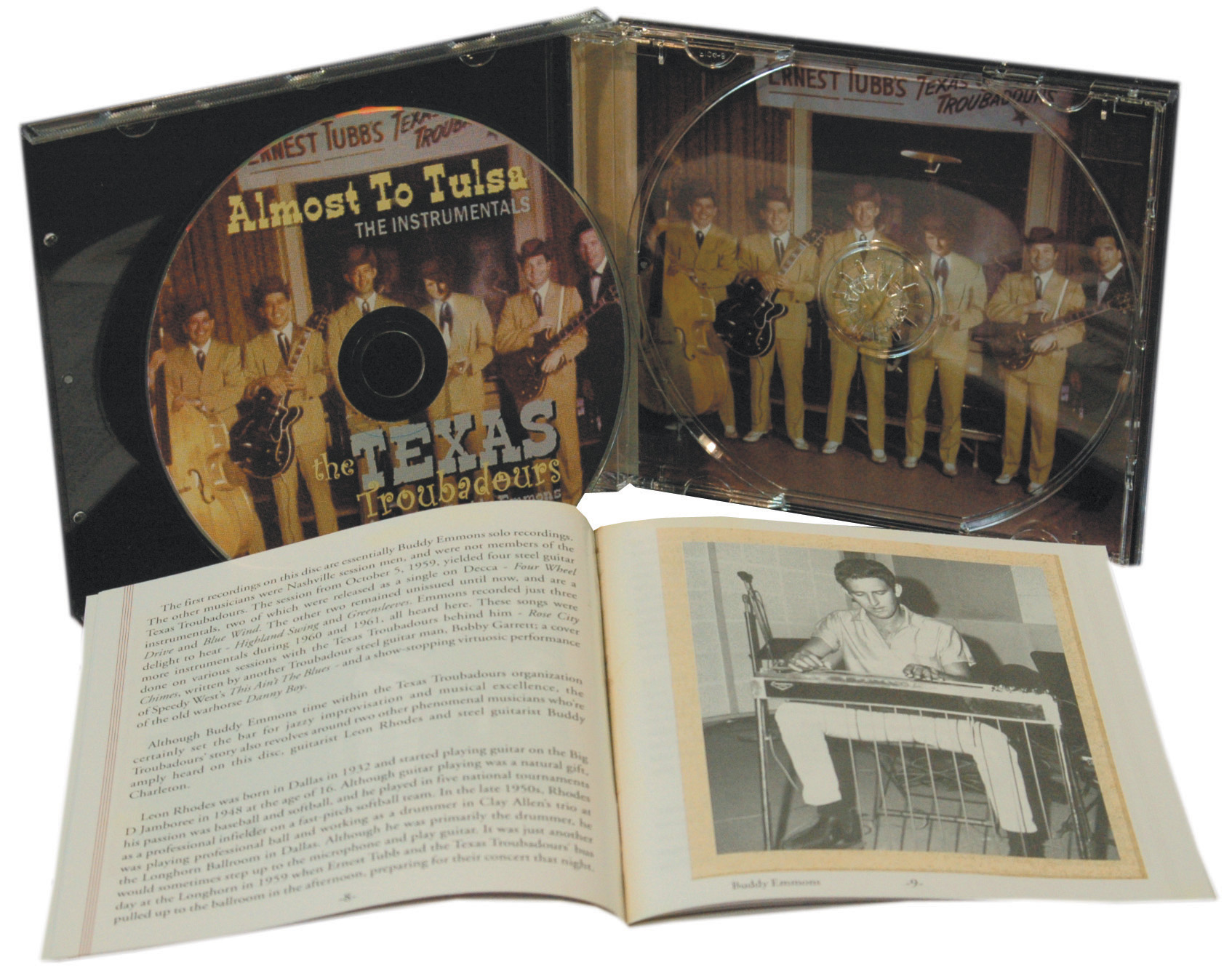 Drake, the bass-playing brother of legendary steel guitarist Pete Drake, had been playing with Tubb since 1944 (with just one brief absence), and was Tubb's right-hand man for decades. Drake was the man Tubb entrusted with the job of hiring musicians, and as such, Drake took his job seriously. Drake was constantly watching the local opening acts while on tour, taking down phone numbers and addresses of musicians he felt might be good for the Texas Troubadours, if not immediately then somewhere down the line.

Several other stable musicians stayed in the Troubadour uniforms for many years. On drums in the early 1960s was a blonde Swede from the Pacific Northwest, Jan Kurtis Skuggstad, who shortened his name to simply Jan Kurtis during his stint with the band. Kurtis can be heard on some of the earlier recordings on this collection. Replacing Kurtis in 1962 was Jack Greene, touted by Tubb as "my big-eared singing drummer."  Greene would firmly establish himself as a singing star in his own right in later years, but during his tenure with the Troubadours, he endeared himself to Tubb by not only singing and playing drums, but also by showing his expertise with bus repair whenever Tubb's tour bus, 'The Green Hornet,' broke down in the middle of nowhere.