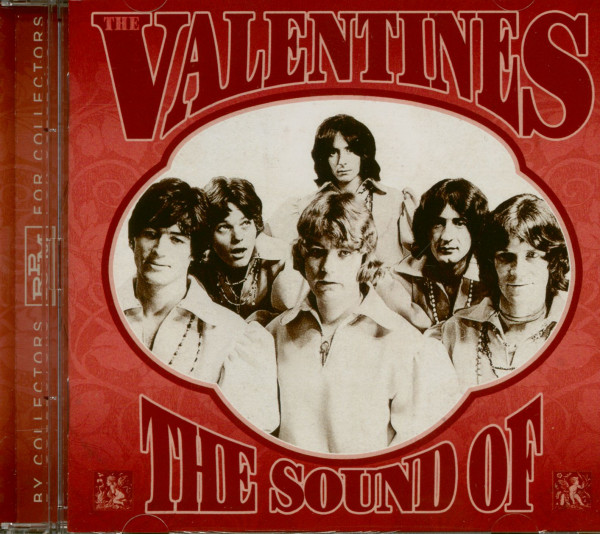 Valentines lead singer Richard Barrett was so busy behind the scenes with label owner George Goldner that it's a wonder he had any time to make new platters with his New York-based Valentines. Barrett had brought Frankie Lymon and The Teenagers to Goldner's Gee logo, and more recently played a similarly mentor role with The Chantels. With all that extracurricular activity, the handwriting was on the wall for his group, which had enjoyed East Coast popularity with their rockers Lily Maybelle and The Woo Woo Train for Goldner's Rama label (you'll find them on our 1955 and '56 discs, respectively).

They'd go out on a high note with the exquisite ballad Don't Say Goodnight, issued on Rama in the spring of '57 with I Cried Oh, Oh on the opposite side. There had been a couple of personnel changes. Baritone Eddie Edgehill and tenor Raymond Briggs had been replaced by Carl Hogan, the original second tenor of the group when they were known as The Dreamers (he'd also been half of the duo Charles & Carl on the Red Robin label), and a recent member of The Pearls, David Clowney (aka Dave 'Baby' Cortez), who doubled on piano.  Baritone Mickey Francis and bass Ronnie Bright remained on board.

Barrett and Hogan were joined in the writers' credits on Don't Say Goodnight by one Moishe, no last name proffered. That would be Moishe Levy, the boss of Roulette Records, who had recently bought Goldner's Rama and Gee labels to reportedly square George's gambling debts. George formed a couple of fresh logos, Gone and End, and went right on recording. Someday Levy would own them too.

Not long after that, The Valentines called it quits. Barrett would continue to enjoy success as a writer and producer, maintaining his Svengali role for The Chantels and later The Three Degrees. Barrett cut some solo sides as a singer, notably Some Other Guy in 1962 on Atlantic. He died August 3, 2006 of prostate cancer in Gladwyne, Pennsylvania. Hogan formed The Miracles (he should have trademarked the name) and made an early '57 single for Bobby Robinson's Fury label that may well have been out even before The Valentines' swan song. Bright played the title role in Johnny Cymbal's '63 pop hit Mr. Bass Man, a spoof of the doo-wop era, and replaced Dub Jones in the Coasters.