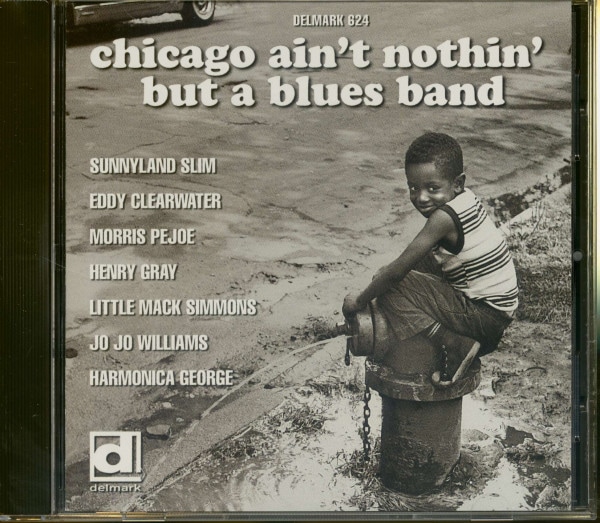 Arriving in Chicago in 1952, Robinson gigged around the West and South Sides during the second half of the decade, notably at Sylvio's and the Happy Home. His only Atomic-H session commenced in the summer of '59. when the harpist strolled into Balkan to lay down a mournful "Sad And Blue" and the soaring "Sputnik Music" (Clearwater and Willie Johnson shared guitar duties). They went unissued at the time, and George had to wait a full decade before Toddlin' Town released his debut 45. the sizzling soul workout "Get Some Order (About Yourself)." Harpist Little Mack Simmons was another familiar presence at Atomic-H headquarters: he leads the instrumental "Blues For Atomic-H" on this anthology.

Thanks to Jim O'Neal, we now know that George & His House Rockers were led by George Corner (or Conner), who also answered to the handle of Birming-ham George and now resides in Alabama. His "Morning Love Blues" was issued on Atomic-H in 1972. a good decade or more after he cut it. His two cuts derive from different dates. "You Know You Don't Love Me" having been done in a more professional studio setting than the demo-quality "Morning Love Blues." Eddy