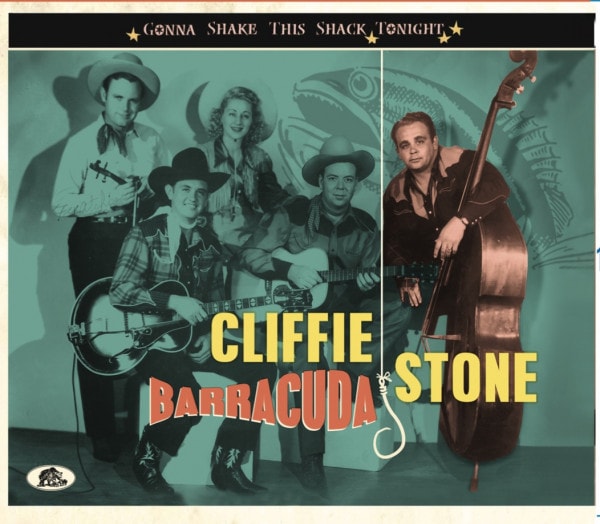 On January 16, Cliffie Stone died suddenly of a heart attack at his Saugus, California home. He was 80. Stone, who began in local radio, was to California what Bradley was to Nashville. His work with Capitol Records as talent scout, studio musician, recording artist and producer established the label as the cutting edge of California country.

At Capitol, he worked with everyone from Tex Ritter and Jack Guthrie to Merle Travis, (his songwriting partner), Tex Williams, Tommy Sands, Stan Freberg, Ferlin Husky and the instrumental team of Speedy West and Jimmy Bryant. He founded the 'Dinner Bell Round-Up' radio Show at KXLA in 1946 and in 1949 started the 'Hometown Jamboree' TV show.

He managed Ernie Ford through his peak years of stardom and co-owned the publishing company Central Songs with Capitol producer Ken Nelson. He was inducted into the Country Music Hall of Fame in 1989.

I like the choice of of the songs - there are NO fillers despite an odd 'Blue Suede Shoes' :-) The album comes as always with a nice and very informative booklet! A great album for all you Hilbbillies out there!

A perfect addition for the 'Gonna Shake This Shack' series!