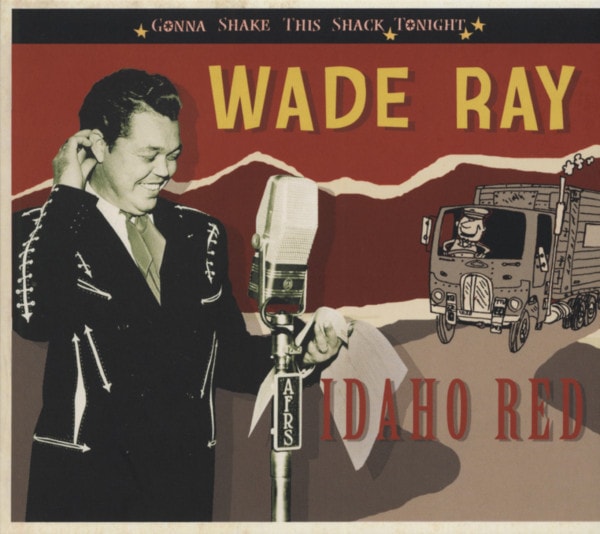 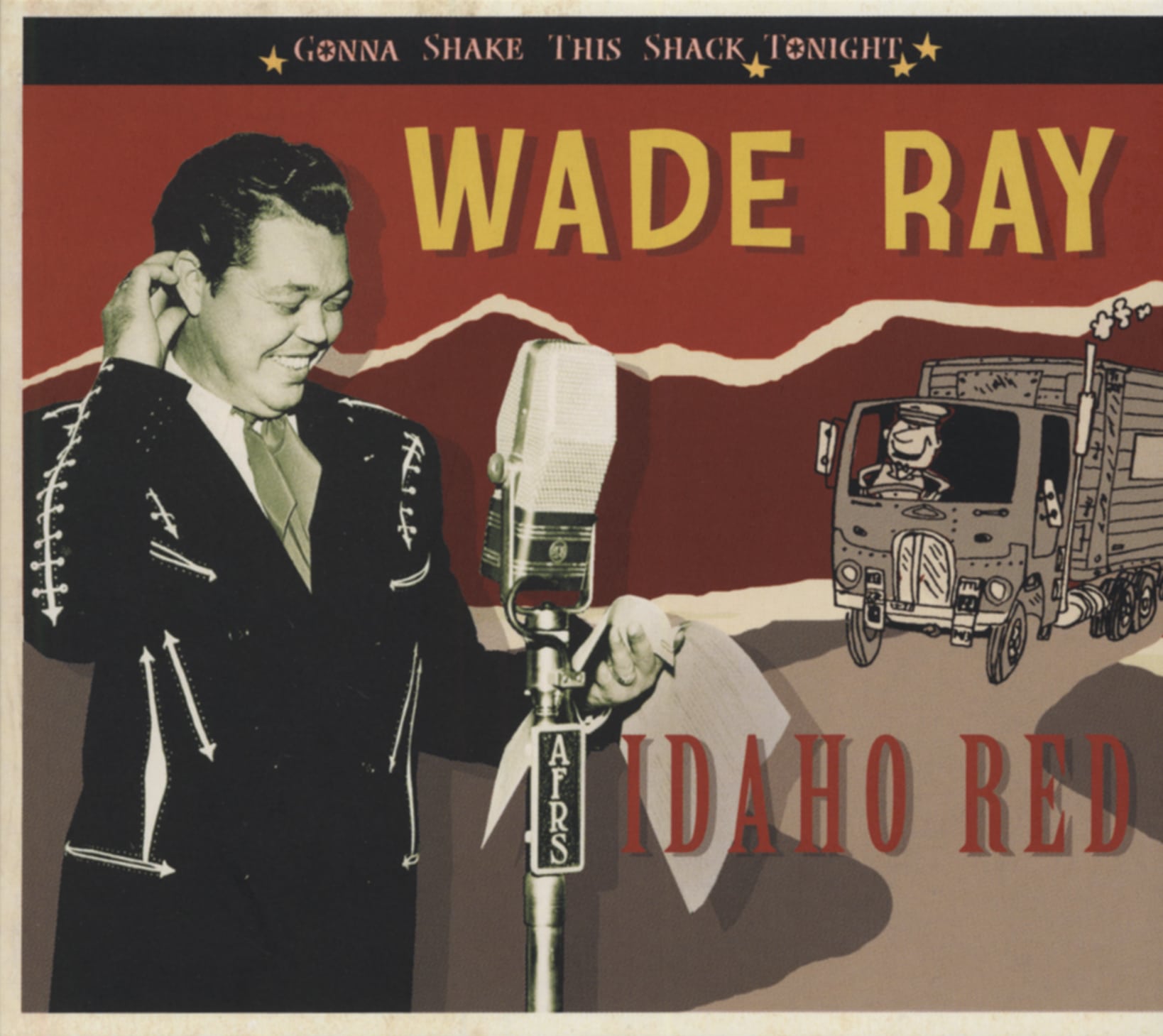 His career began in vaudeville's waning days. It carried into live St. Louis and Chicago country radio in the ‘30s and ‘40s before Ray hit his stride on the West Coast Western swing scene, where he made a blazing series of 1951-56 recordings for RCA Victor. His popularity there led him to Vegas and Nashville, to Ray Price, Ernest Tubb, and Willie Nelson. Even so, Ray got only a fraction of the recognition his work merited; today some of his sidemen are better known. The Western swing revival of the early seventies largely passed him by, and aside from hardcore fans, most know him through the trucker novelty Idaho Red or the often-reissued swing track It's All Your Fault. Sadder still, his musical skills remained sharp until his health failed in the mid-‘90s. He gained a bit of local fame in the southern Illinois community he and his wife retired to, but it wasn't what it should have been, not for someone who literally spent an entire life in music.

While some biographies show different birth years, in my 1994 interview, Ray confirmed he was born Lyman Wade Ray in Griffin, Indiana, not far from Evansville, on April 6, 1913. "My dad was a timber worker, a muleskinner, hauling whatever had to do with timber. He worked out in the woods," he said. That fall, the Rays left Indiana for Arkansas, where Wade grew up. He was still a baby when he fell in love with the sound of a violin played by a local man named Thurman. Wade was three when his dad got him a cigar box fiddle for Christmas. "The tunes I learned was what my dad could whistle or somebody else could hum for me," he remembered. Playing constantly, he developed the ability to play by ear. That talent sent him into vaudeville in 1918 at the unbelievable age of five. He was soon was playing such various vaudeville circuits as Keith-Orpheum and the Fox Theater chain, often billed as 'Boy Wonder, L. Wade Ray, the Youngest Violin Player in the U.S.A.' (or the World, depending on the billing).

He got there at the beginning of vaudeville's decline. In the 1920s, theaters turned to moving pictures and began phasing out or cutting down live stage shows. By the time Ray was 11, in 1924, he signed on with traveling tent shows, medicine shows, circuses and carnivals in the Midwest. As a teenager, he called himself "too big to cry and too little to cuss."  His musical tastes drifted to Dixieland jazz, especially the clarinet players he tried to mimic on the fiddle. He found a violin hero in pioneer jazzman Joe Venuti, who created the improvisational style many jazz and Western swing players aspired to. Ray called Venuti "the biggest influence on me of any fiddle player." As he grew, he entered amateur boxing matches. A battering he got in the ring flattened his nose, earning him the nickname 'Pug' for the rest of his career. He quit boxing when it "got to interferin' with my hands."

Ray abandoned the stage for the airwaves in the early ‘30s when he joined country impresario Pappy Cheshire's National Champion Hillbillies on KMOX in St. Louis. Although he hadn't played much country music, Ray immersed himself in it. Known as 'the pug-nosed fiddler,' he performed with Skeets Yaney, Shug Fisher, Sally Foster and others. Ray claimed he made his first records with Cheshire in 1936 on a label called Town and Country. In January 1937, he participated in the National Hillbilly Fiddling Contest in St. Louis, coming in third behind Curley Fox and Natchee the Indian (his seventh win). That May, Ray traveled to Chicago for two days of recording with Ambrose Haley and his swing-oriented Ozark Ramblers for the American Recording Company. The performances demonstrated Ray's blazing swing fiddle—aggressive, muscular and every bit the equal of some of Texas’s best fiddle improvisers, quite removed from the more country oriented fare he played with Cheshire. 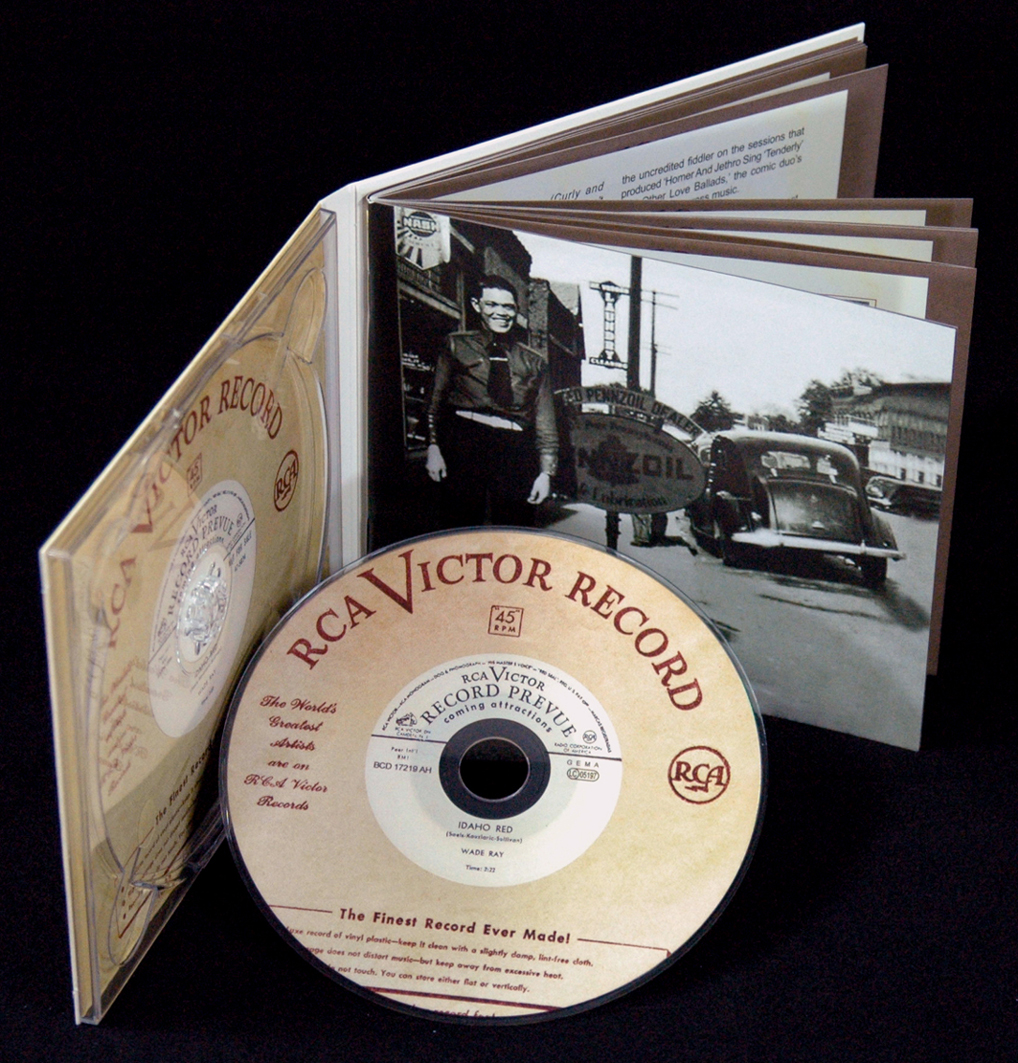 World War II interrupted his stay in St. Louis. From January, 1942 until 1944, he was a member of the U.S. Army’s Military Police, stationed in Harrisburg, Pennsylvania. The assignment didn't curtail his music. "I had a group that worked around in the country there. It was an M.P. group, 758th M.P. battalion, and there was four companies, scattered all over Pennsylvania: Williamsport, Nanticoke, Reading and Harrisburg. I was in Company D."

After his 1944 discharge, Ray rejoined Cheshire's organization at KMOX. For a time he worked with Sally Foster and her Ranchers, a show band with a varied repertoire. According to 'Billboard,'he recorded for Cheshire's new Disco label.  By March, 1947 he left for Chicago to join the Prairie Ramblers at WLS. The band had been 'National Barn Dance' cast members since 1933.

Ray's task was a tough one: replacing the Ramblers' popular fiddler Alan Crockett, who'd recently committed suicide. He never forgot the challenge, recalling, "It was kind of rough for me . . . Everybody loved Crockett. He could do so many things. There was just nobody gonna take his place."  Ray enjoyed the Ramblers' broad, versatile repertoire and musical freedom the band gave him on its two daily 15-minute morning programs and the Saturday night National Barn Dance broadcasts. In 1994 he still marveled at the ensemble, calling it "the most versatile group I ever worked with or ever heard of. They had the largest repertoire of old folk songs that we did on the air that I ever heard, before or since."

Aside from radio, the Ramblers recorded transcriptions and material for Mercury. "We did more recording and radio than we did traveling," he said. In late 1947, he briefly left the band. The husband-wife twin-fiddle team of Margie and Charlie Linville replaced him (the couple worked in Cincinnati, then in Southern California dancehalls and recorded for King as 'The Fiddlin' Linvilles'). Ray rejoined the Ramblers in spring 1948.

At year's end, the Ramblers marked another anniversary at the Barn Dance, but the celebration was short-lived. In January 1949, WLS executive George Biggar replaced the band with Captain Stubby and the Buccaneers. As the Ramblers prepared to relocate to Cincinnati, Ray and his close friend, singer and National Barn Danceemcee Rex Allen, decided to head to California. Allen arrived first, Ray pulled in January 20. At a welcoming party that night, Ray met Capitol country A&R man Lee Gillette and two of his stars: Hank Thompson and Merle Travis. Gillette invited him to play on a Tennessee Ernie Ford session the following day. Playing twin fiddles with Harold Hensley, Ray appeared on Ford’s hit Smokey Mountain Boogie.

Before he could establish himself in Los Angeles, Ray had to contend with the Musicians Union's mandatory six-month waiting period for members newly arrived from other cities. During that time, an outside member could make records and play one-nighters but not accept any steady club work. Ray got by doing recording sessions and playing casual gigs. He even landed a minor role in one episode of a 1949 Republic Pictures serial, 'The James Brothers Of Missouri.'

Completing his mandated transfer period in June, he recorded an instrumental fiddle session for Capitol. At a July session, he sang and overdubbed fiddles, bass, guitar and mandolins in the style of Les Paul. The results, Cuddle Bug and I Want My Dime Back, were far from impressive...

Recommended! As always the fat booklet gives many more details and pictures as well as sessionography for the tracks included.
Blue Suede Shoes # 97 Gaby Maag-Bristol