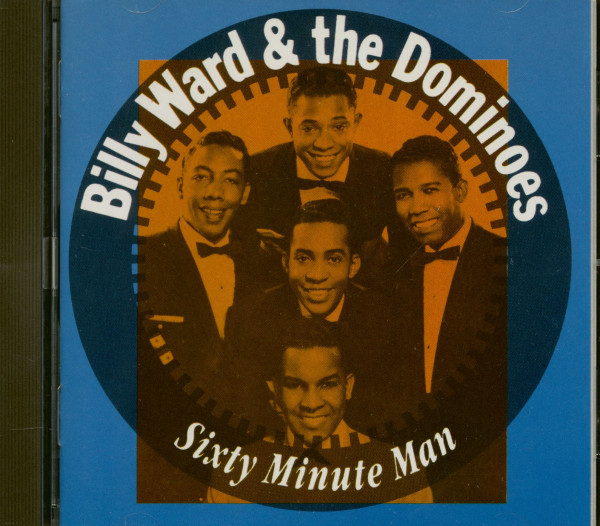 Billy Ward and His Dominoes

Billy Ward and His Dominoes

These Foolish Things Remind Me Of You

At his last session with The Dominoes for Federal Records on September 17, 1952, Clyde McPhatter fronted no less than three R&B chart hits - a fitting way to cap his historic tenure with Billy Ward's group, which began with the group's formation in 1950. The rest of The Dominoes now included tenor/baritone James Van Loan, bass David McNeil, Ward (usually doubling on piano), and at least for this session, their valet, Johnny Oliver, who went on to record solo for MGM and Mercury.

First came a jaunty I'd Be Satisfied (their first hit to front-bill Ward on the label), then the hair-raising tearjerker The Bells, and finally the group's immaculate treatment of These Foolish Things Remind Me Of You, a sentimental ballad written in 1936 London by lyricist Eric Maschwitz (under the alias of Holt Marvell) and composer Jack Strachey. The Dominoes' revival of These Foolish Things rose to #5 R&B during the summer of 1953; by then Clyde was leading his own group, fated to outlast The Dominoes.

Losing the services of the magnificent McPhatter should have been enough to permanently sink The Dominoes. Instead, it provided an opportunity to introduce another tenor who would similarly alter the direction of R&B and eventually soul: Jackie Wilson. The classically trained Ward's coaching significantly impacted him. "If it wasn't for Billy Ward, there'd be no Jackie Wilson," said Milton Merle, who joined The Dominoes in 1953 as their new second tenor. "Jackie Wilson was our valet. We picked him up in Detroit. We were living at the hotel there, and Jackie came down and auditioned. At that time, Jackie had the ability to sing every single song Clyde had recorded as a lead singer in the Dominoes. Every one of them!"

At first, the transition from Clyde to Jackie went seamlessly as The Dominoes scored R&B hits in '53 with You Can't Keep A Good Man Down and Rags To Riches. But Ward steered his protégés in a pop direction in keeping with his original vision of the group, and they suffered commercially. Switching from Federal to its parent King logo couldn't halt the slide. Jackie stuck with Ward as The Dominoes moved over to Jubilee and then Decca (where they scored in '56 with St. Therese Of The Roses) before he was fired in early 1957. He launched his amazing solo career later that year with Reet Petite (The Finest Girl You Ever Want To Meet) on Brunswick.

Wilson's departure proved no more of an obstacle to Ward than McPhatter's had. Billy hired ex-Larks lead tenor Eugene Mumford, whose spectacular pipes were front and center on The Dominoes' lavish hit treatments of the pop standards Star Dust and Deep Purple in 1957 for Liberty. Their audience had changed dramatically. "The Sahara Hotel was really the main focus," said the late Milton Grayson, who came in as Dominoes baritone in the spring of '55. "We worked in New York, we went in the Copa Cabana and worked there, and back to Las Vegas. Six months out of the year, we were working opposite Louis Prima and Keely Smith."

When Mumford split in 1958, Monroe Powell was hired as Dominoes lead tenor by Ward. "He was a disciplinarian," says Powell. "I learned a lot from him." The Dominoes made their last recordings for King in 1965, Billy shuffling personnel during the final years like a football coach. Ward died February 16, 2002. His need for complete control may have been excessive, but it should never overshadow his role as mastermind of one of the greatest R&B vocal groups of them all. 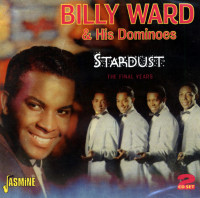