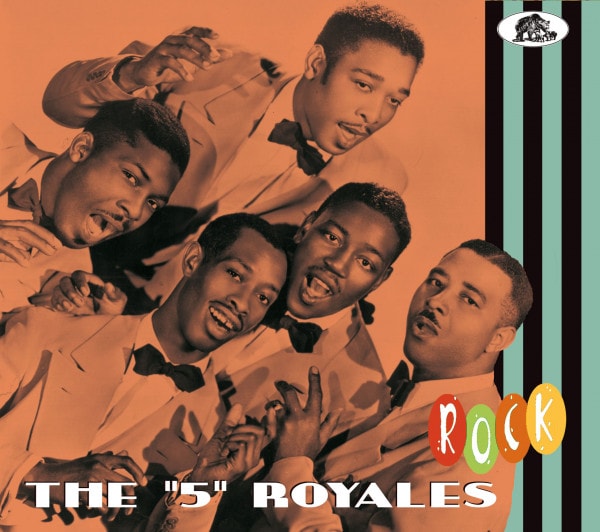 A well-fed album with many excellent tracks!

Featuring one of the acknowledged best doo-wop groups, Bear Family presents the rockiest tracks by the "5" Royales. Hailing from Winston-Sa- lem, North Carolina, the group started out singing gospel and later moved into rhythm'n'blues. On this album, which covers the years 1952 to 1962, we get tracks from Apollo, King and Home of the Blues. Guitarist Lowman Pauling was also a source of inspiration for Steve Cropper. Like Clyde McPhatter and Ray Charles, the "5" Royales played a crucial role in combining melismatic gospel singing with rhythm and blues lyrics and instruments to invent soul music. The powerhouse vocal quintet from Winston-Salem, North Carolina started out- ending with spiritual songs, but after signing to New York's Apollo Records in 1951, they went on a secular path and scored their biggest hits in the first half of the '50s on Billboard's rhythm'n'blues chart with songs like "Baby Don't Do It" (#1, 1953), "Help Me Somebody" (#1, 1953), "Crazy, Crazy, Crazy" (#5, 1953), "Too Much Lovin'" (#4, 1953), "I Do" (#6, 1954), "Tears Of Joy" (#9, 1957) and "Think" (#9, 1957). The 32-page booklet features several exquisite color images and the text is compiled by Bill Dahl. A well-fed album with many excellent tracks that I think will go down well with doo-wop fans.
Jan Andersson

A enjoyable fantastic rocking compilation! 5 stars all the way! 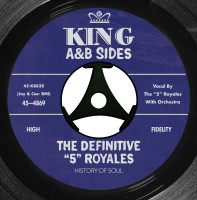 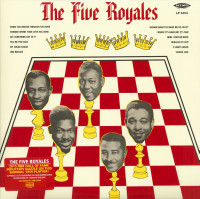 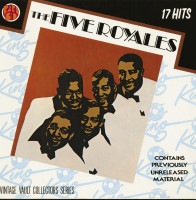