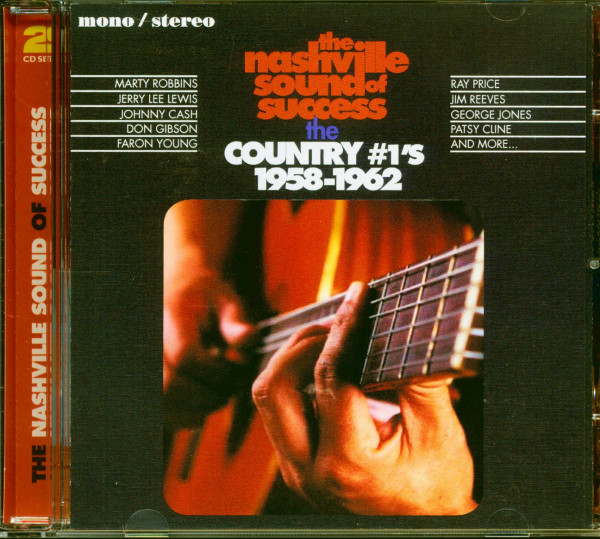 (2016/Jasmine) 45 Tracks - Number 1 Country chart toppers 1958-1962! The five years from the beginning of 1958 to the end of 1962 were crucial to the genesis of country music as it moved away from a traditional hillbilly and western sound to something altogether more cosmopolitan in construction. The arrival of 'The Nashville Sound' - with vocal groups and strings replacing steel guitars and fiddles - brought country music into the mainstream and resulted in an enormous amount of crossover action between the country chart and the Hot 100. 'The Nashville Sound Of Success' charts the progress, and the international acceptance of Country music between '58 and '62 by presenting - in chronological order - every record to make #1 on the Billboard Country chart during that period. Not all of the records were recorded in Nashville, but all of them play a vital part in telling the story of Country music's first quantum leap towards becoming the commercial product it is considered to be in the 21st century. 2CDs filled with some of the biggest names in Country music - including Jim Reeves, Marty Robbins, Faron Young, Don Gibson and many more - singing some of their most beloved classic hits, and all resented in the best possible sound, from the best possible sources. As vintage country compilations go, this one takes a lot of beating. What's not to enjoy about 'The Nashville Sound Of Success'?