An amazing collection of tracks featuring the young Roy Orbison in rockabilly mode. Recordings made for a local TV show in Odessa, Texas in 1956, the album includes some stunning performances of C&W and rockabilly hits of the time. Surprisingly good sound and some fine notes from Orbison biographer Mick Perry

Roy Orbison had a string of nine American Top Ten hits and even more in Britain between 1960 and 1966. In a period when most successful pop music was decidedly lightweight, his records were sensitive, sombre and overpoweringly emo-tional. Born in Vernon, Texas on April 23, 1936, Roy Kel-ton Orbison began as a rockabilly singer with the Wink Westerners and then the Teen Kings, who included Johnny `Peanuts' Wilson on rhythm guitar. His first records were cut at Norman Petty's studio in Clovis, New Mexico, and re-leased on Jewel. In 1956, Orbison recorded for Sun and `Ooby Dooby' reached No. 59 in the national charts. Further Sun Singles — hard rockers, unsuited to Orbison' voice — were unsuccessful. In 1958, Orbison's song 'Clau dette' was recorded by the Everly Brothers and he moved to Nashville to concentrate on songwriting.

One single for RCA followed, then Orbison signed with Fred Foster's Monument label. His second release on the label was 'Only The Lonely' which went to No. 2 in America and topped the British charts. It set the pattern for the string of big, mournful, almost operatic ballads which followed — 'Blue Angel', 'Runnin' Scared', 'Dream Baby', 'Crying' and 'Blue Bayou' were among them. 'In Dreams' (Top Ten in 1963 on both sides of the Atlantic) was the Orbison song par excellence, with its spoken introduction, ringing tear-jerking theme, soaring falsettos and storming crescendo. His romanticism was a legacy of his Southern upbringing. Many of his best songs reflect the emotional honesty of the best country music and tell of situations well loved by the Dixie audience Orbison was the loner, the rejected lover, the born loser. He took his initial cue, no doubt, from country singer Don Gibson but there was something magical about the qualities of his songs which transcended even the best Gibson numbers.

His voice, too, developed into something great — it contained within it something of Don Gibson's blue, lamenting quality, but it also exhibited much of the raw emotionalism of black music : it was the combination of these two qualities which created the mystique of the Big O's voice. It was tender, but the tenderness never seemed to slip into sentimentality — it was a tenderness permeated by toughness. The mystique of the Orbison voice was emphasized even more strongly at personal appearances, where his stunning lack of movement seemed oddly contradictory in the age of the Shadows and Freddy Cannon. Not only did he stand completely motion-less, but he also managed to sing his hard-hitting material (exact re-creations of the records) without appearing to move his lips any more than the average ventriloquist.

In the middle Sixties, Orbison's popularity and the quality of his material declined, although 'Too Soon To Know' (on MGM, where he moved in 1965) reached the British Top Ten. He was also dogged by domestic tragedy when his wife, Claudette, died in a motorcycle accident in 1966 and his house was destroyed by fire in 1968. His was the most dis-tinctive voice in the pop music of the early Sixties. 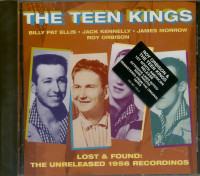 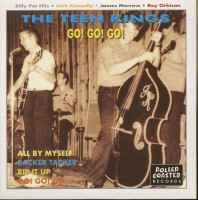